More Tigers in American Backyards than in the Wild 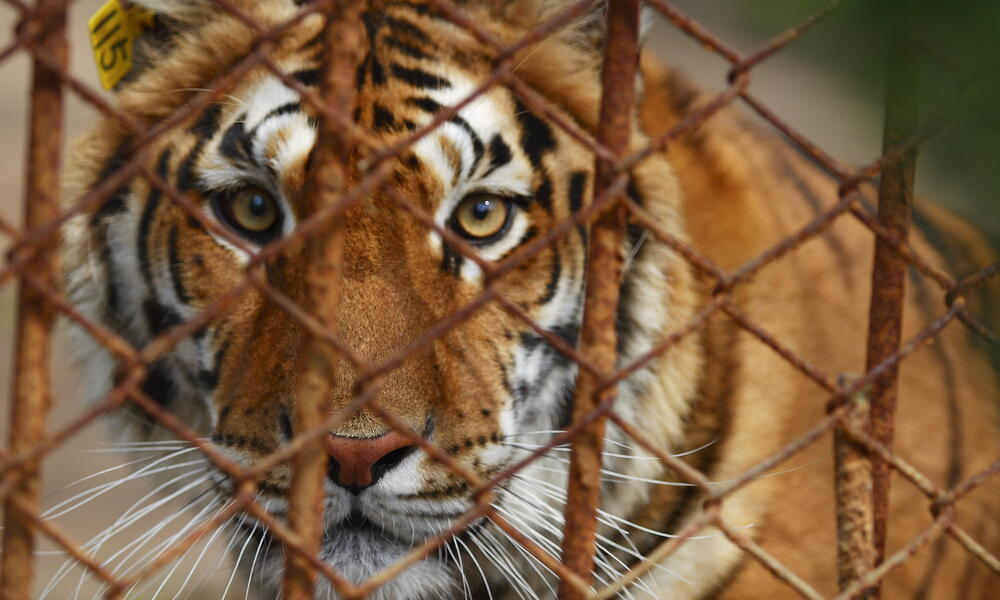 Tiger populations fighting for a comeback in the wild will receive a much needed lifeline from the United States government. Improved and tightened regulations around captive tigers will make it more difficult for captive-bred tigers to filter into and stimulate the illegal wildlife trade that threatens wild tigers in Asia. More than 451,000 WWF supporters called on the US government to help make this happen.

One of the world’s largest populations of tigers exists not in the wild—but in captivity in the United States. With an estimated 5,000 tigers, the U.S. captive tiger population exceeds the approximately 3,200 tigers in the wild.

In October 2011, an exotic pet owner let loose his dangerous menagerie into the local community in Zanesville, Ohio. First responders were forced to shoot more than 10 captive tigers and other animals.

On the first anniversary of this tragedy in 2012, WWF was among several conservation and welfare organizations to submit a joint petition to the USDA asking for a ban on public contact with tiger cubs. This will help ensure public safety, slow the breeding of captive tigers, make them easier to track and stop wildlife crime by preventing captive tigers from leaking into the illegal wildlife trade.

Continued lax management of the captive tiger population means that thousands of these big cats are still found in backyards, urban apartments, sideshows, truck stops and private breeding facilities. Only six percent of the US captive tiger population resides in zoos and other facilities accredited by the Association of Zoos and Aquariums. The rest are found in other private hands—some regulated by the US Department of Agriculture, some under state regulation, and some under virtually no regulation at all.

In many jurisdictions, people can legally keep a tiger on their property without reporting it to local officials or neighbors. In some states, it is easier to buy a tiger than to adopt a dog from a local animal shelter.

“As the Zanesville incident showed, it’s critical for America to clear out captive big cats from our backyards. This is a matter not only of public safety, but also of preventing captive tigers from being fed into the massive illegal tiger trade driven by a booming black market for tiger products.”

A Risk to People and Wild Tigers

The lack of regulation of captive tigers is a major threat to public safety. Lax oversight means tigers can be held in areas that may not be adequately secured.

Officials are rarely able to determine how many tigers there are in captivity within state borders—or where they are, who owns them, or what happens to their body parts—highly prized on the black market— when they die.

When tiger ownership and breeding aren’t monitored, captive tigers become easy targets for black market sales, and those sales end up threatening wild populations too. The illegal trade in products derived from captive tigers stimulates demand, especially for tigers in the wild. The greater the demand, the more wild tigers will be poached.

WWF Calls for a Ban on Private Ownership of Tigers

WWF and TRAFFIC were among the first to raise the alarm on the lack of captive tiger regulations in 2008. Since then we have called for a ban on private possession of big cats like tigers and lions and asked for those who currently require big cats be required to register these animals.

But the US is moving in the right direction. The Senate Environment and Public Works committee held a hearing on July 16, 2014 on the Big Cats and Public Safety Protection Act, which would greatly restrict private ownership of big cats in the US and prevent individuals from keeping them as pets. And earlier this year, President Obama announced the first ever National Strategy for Combating Wildlife Trafficking, which made wildlife crime a national priority for more than a dozen US federal agencies.