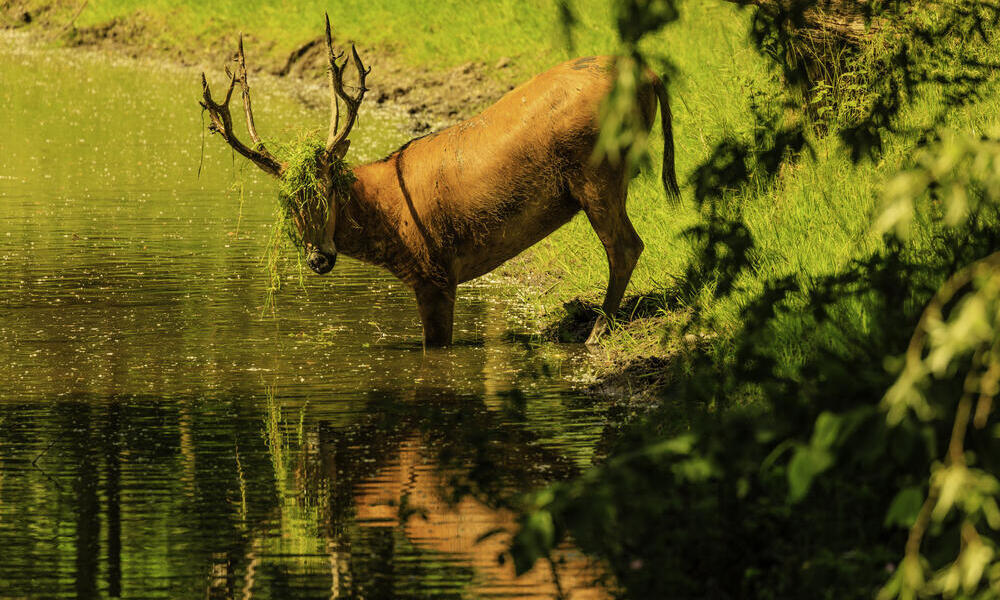 Père David’s deer is no ordinary deer. With giant antlers atop a head shaped like a horse, the animal has a donkey’s tail, and hooves like a cow but with webbing between the toes for swimming.

If that’s not extraordinary enough, the Chinese deer went extinct in the wild, only to be saved on a British duke’s estate. Now, Père David’s deer is back home in China and adding a new chapter to its illustrious story. 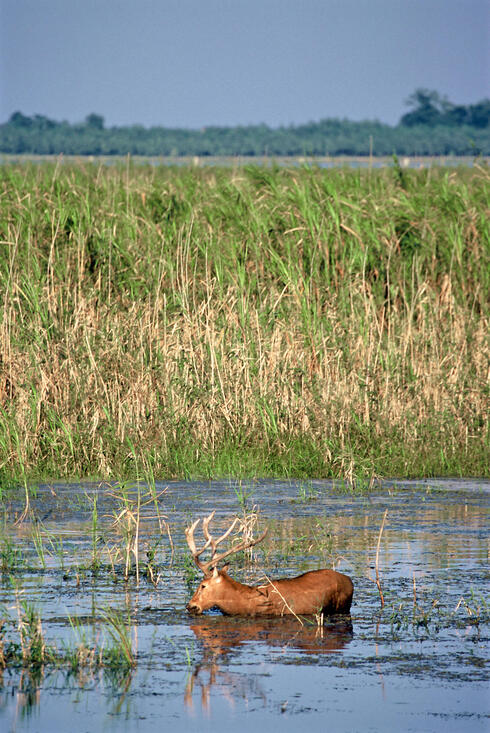 We meet a lone Père David’s deer as we arrive at the sprawling National Nature Reserve Monitoring Center in Central China’s Hubei province. Looking at us through long eyelashes, the young deer grabs the grass we hold out, a soft, moist muzzle tickling our palms.

The rest of the center’s deer are in a protected area behind multiple sets of high gates. Humans are not allowed to get close during mating season. Instead, conservationists watch them on a bank of computer monitors.

The 550 lb animal, native to China’s Yangtze River basin, was already disappearing in the late 19th century when French missionary Père (Father) David first made it known to the West. Later, when floods and hunting wiped out the entire population in China, Herbrand Russell, Duke of Bedford, saved the species from extinction by acquiring the the last of the world’s captive deer and breeding them on his estate.

Nearly a century later, the first conservation reintroduction in China was met with some skepticism.  Few people thought the deer would survive, given the small gene pool. But the deer defied expectations; the founding population of 38 has now reached 600 in this center alone.

Inside the gleaming visitor center, we meet director Wen Huajun, who has been working with Père David’s deer for 20 years.

“These animals are much smarter than we initially thought, and with a strong survival instinct,” he says. They’ve learned to use their hooves as tools, kicking open watermelons and flipping fish out of shallow water onto the ground. The deer are also skilled athletes, running and swimming with impressive speed and endurance.

“They originated from the Yangtze basin, so as soon as they return to this area, with the geographical characteristics, their instincts are awakened,” says Wen.

The center—established by WWF, together with government agencies and multinational banking and financial services company HSBC—aims to raise awareness about conserving habitat not only for Père David’s deer but also for local communities and other rare species, including the finless porpoise.

In 2016, China’s Forestry Administration released 16 deer into an unfenced park south of the Yangtze River. For the first time since its extinction, Père David’s deer is tentatively back in the wild.

Yet despite its ability to bounce back, scientists know Père David’s deer is still vulnerable, and serious efforts are needed to conserve its habitat.