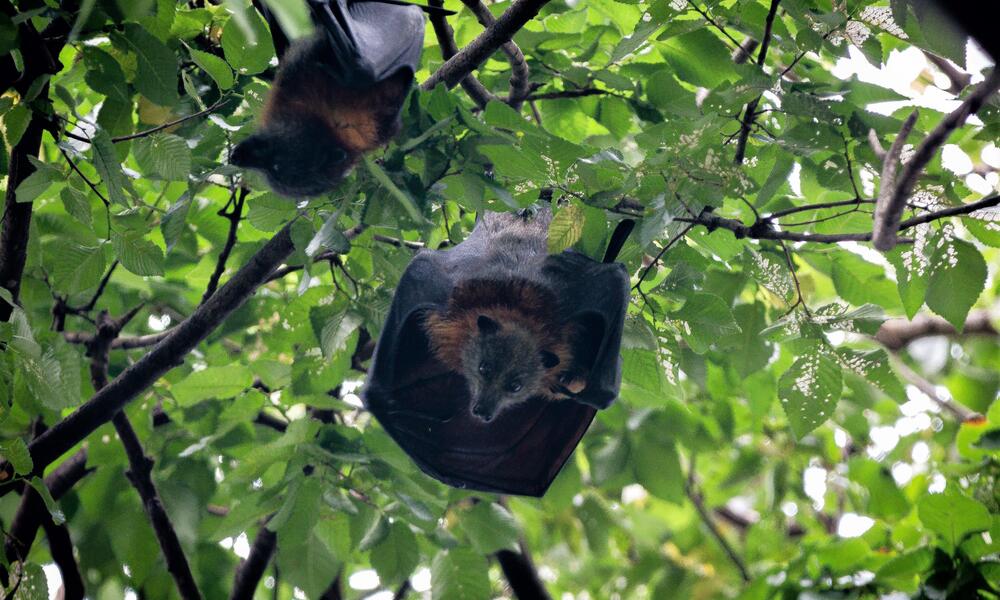 A successful trial of an atmospheric cooling system for flying foxes in Australia has given hope to researchers working to prevent the vulnerable species from dying and suffering in the country’s extreme heat.

The innovative cooling system was installed in January in Bendigo’s Rosalind Park, which is home to an important breeding colony of grey-headed flying foxes.

Jointly funded by WWF-Australia, the city of Greater Bendigo, and the Australian Department of Land, Water, Environment and Planning, the system comprises a series of aerial sprinklers in the tree canopy that distribute rain-like droplets on extremely hot days. 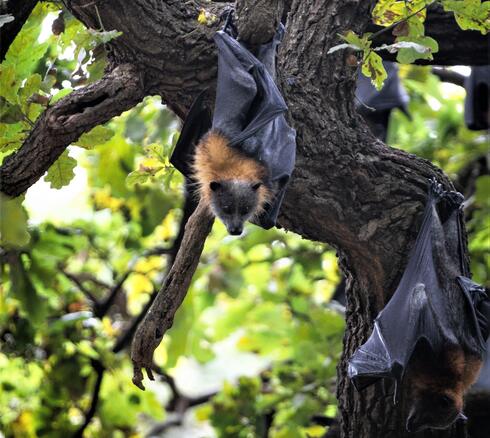 In addition to keeping the flying foxes cool, the system is also designed to reduce heat stress among plants and tree ferns in the park.

The system was trialed for the first time this January 23-25—the middle of Australian summer—when temperatures climbed as high as 106 degrees.

Data logging devices show the temperature in the test zone dropped by up to 36 degrees and the heat stress index also dropped. No flying fox deaths were recorded.

“Some flying foxes were a bit startled when the system first activated, but we soon saw individuals moving closer to the sprinklers, stretching out their wings and licking water droplets,” said Mr. Hogan.

There were very different scenes at Rosalind Park in the summer of 2020 when up to 220 flying foxes died from heat stress when temperatures soared past 104 degrees. It was one of a series of mass mortality events in eastern Australia caused by a record-breaking heatwave.

“Climate change is the single greatest threat to Australia’s flying foxes and the problem is only going to get worse,” said Dr. Rodney van der Ree, an ecologist at WSP Australia—a planning, environment, and infrastructure services company—who is overseeing the cooling system trials.

“I often go to flying fox camps after a heat event and the scene is quite confronting. I’m meant to be an objective ecologist, but when you see thousands of dead bats lying on the ground it’s impossible to be unaffected.”

While the cooling system requires further testing, Dr. van der Ree said he hoped it could be replicated at other sites to protect flying fox colonies.

“Australia has a love-hate relationship with flying foxes, but without them, many of our forests and woodlands would not be the same. They help to disperse seeds and pollinate our flowering plants, so we need to think outside the box to protect them from heat events,” said Dr. Ashman. 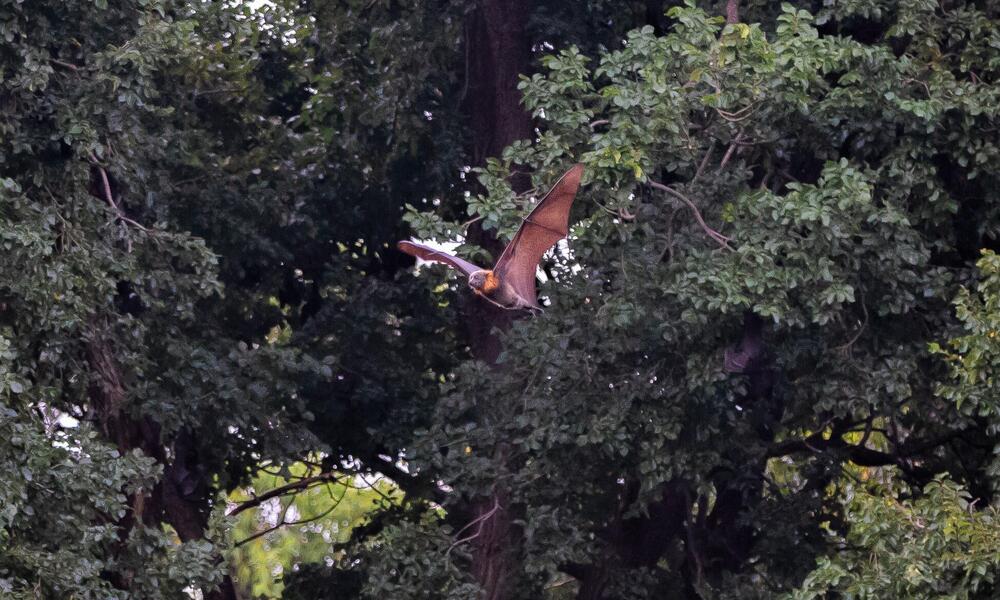