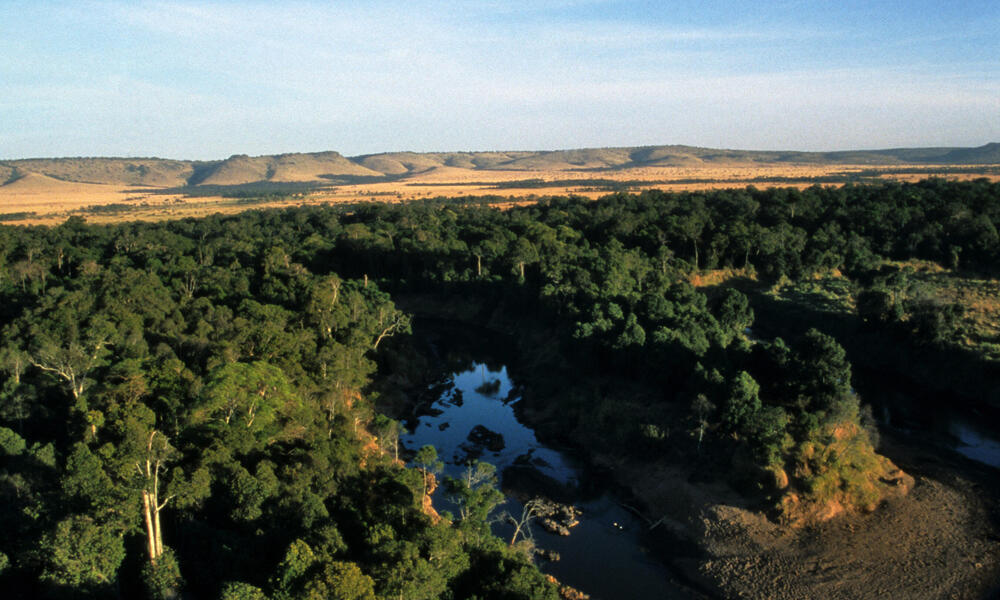 Many wood products in American homes—from the kitchen table to hardwood floors—come from the same forested areas in Africa where elephants, rhinos, lions and other magnificent species roam wild. Few purchasers know that the wood from these forests is illegal. It was harvested, transported, processed, bought or sold in violation of national laws.

To address this issue, the governments of five African countries committed this week to curtail the illegal and unsustainable timber trade—one of the main threats to the region’s forests. Forests in these countries—Kenya, Tanzania, Uganda, Madagascar and Mozambique—account for nearly 50 percent of the land cover.

“Africa’s forests may seem far away but traces of them are found in products we have in our living rooms, kitchens and bedrooms all over the US.”

The illegal trade happens within and among these five African countries, as well as to the United States and other countries around the world.

“Africa’s forests may seem far away but traces of them are found in products we have in our living rooms, kitchens and bedrooms all over the US,” said Linda Walker, director of WWF’s Global Forest & Trade Network-North America. “And often, unknowingly, people have bought products that were made from ebony, rosewood, black wood and other tree species illegally logged in Africa.”

Though illegal logging is not widespread in the US, we are the world’s largest importer and end user of wood products—including from countries in Africa that have high rates of illegal logging. As a result, we have a tremendous role to play in tackling illegal logging and the associated trade of such wood.

The importance of stopping illegal logging
WWF predicts that most forest loss will occur by 2030 in 11 regions around the world—one of which is East Africa and includes Mozambique, Tanzania and Kenya—if we do not change the way we address major forest threats. A loss of nearly 30 million acres is expected between 2010 and 2030 in East Africa alone.

Stopping illegal logging is a key component in WWF’s strategy for conserving the world’s most important forests. Illegal logging causes forest degradation and is too often the first link in a chain of events that can result in total deforestation.

WWF facilitated the Africa agreement, called the Zanzibar Declaration on Illegal Trade in Timber and Other Forest Products, which was signed at the World Forestry Congress in South Africa. We worked with TRAFFIC, the Southern African Development Community, and others to fund research about illegal logging and facilitate the negotiations that led to the agreement. We also coordinated a similar agreement in Peru that was announced in December. WWF, various government agencies, NGOs and companies agreed to create a plan to promote trade in legal timber and to eliminate illegal logging in Peru by 2021.