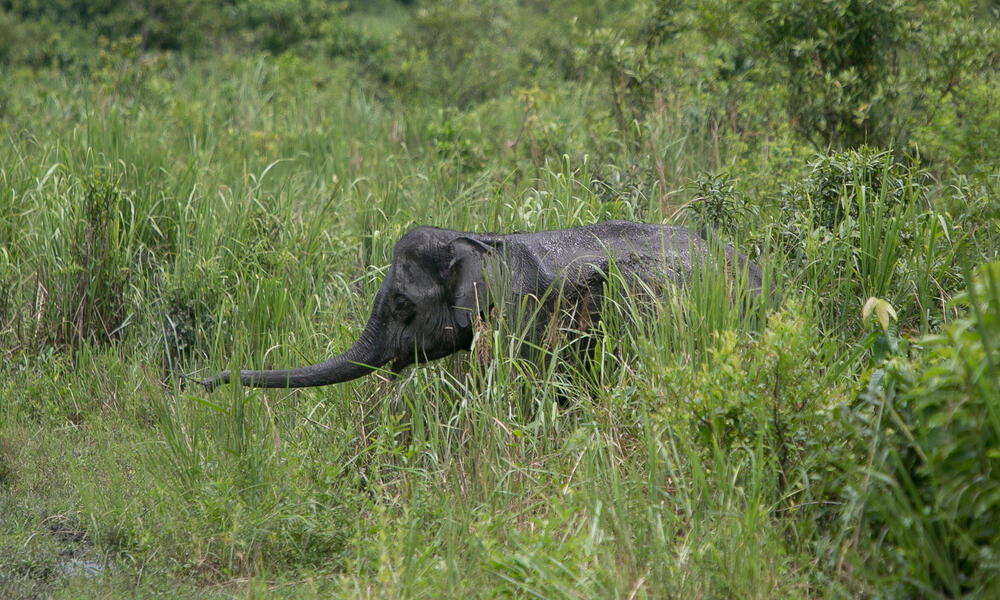 The number of deadly encounters between people and wild animals, such as tigers, elephants, and polar bears, is growing. As people continue to encroach on wildlife habitat, such conflicts can occur over the damage caused by wildlife to livestock and property—sometimes with deadly results. In India alone, 1,200 people lost their lives in clashes with wildlife between 2014 and 2017. In return, hundreds of animals have been killed in retaliation.

Human-wildlife conflict demands new and innovative solutions. Although there are measures and tools in place to prevent it—from electric fences and trenches to chili bombs and firecrackers—these methods have proven inadequate in fully preventing interactions between humans and wildlife.

In response, WWF and WILDLABS, an online community connecting conservationists and tech experts, harnessed the combined skills and knowledge of engineers, designers, and nature lovers from around the world to help solve this pressing conservation issue. WWF’s first international Human Wildlife Conflict Tech Challenge sought innovative solutions to minimize human-wildlife conflict in response to two specific case studies focused on Asian elephants and carnivores (tiger or polar bear). WILDLABS provided the platform for the challenge on their website.

The challenge received 47 innovative ideas from 14 countries. An international panel of human-wildlife conflict and technology experts assessed the feasibility of the proposals and chose the winners. British conservation technologist Alasdair Davies and the Dutch team of Laurens de Groot and Tim van Dam of the ShadowView Foundation submitted the two winning proposals. Each winner will receive nearly $35,000 to further develop and field test their solution for human-wildlife conflict.

The innovative early warning system of Davies of the Arribada Initiative from the UK is aimed at the early detection of carnivores like polar bears and tigers. It uses a combination of traditional infrared sensors and thermic sensors capable of telling the difference among species both at night and areas with dense vegetation, etc., and then alerts people to the presence of a specific wild animal.

ShadowView Foundation’s proposal is aimed at reducing conflicts between people and elephants in response to the Asian elephant case study. It is based on a wireless LoRaWAN™ (Long Range Wide Area Network) telecommunication technology that allows for battery-powered sensors or devices to communicate over long distances or in remote places. The idea is to link a variety of sensors to detect animal presence and power leaks in electric fences that are being used to keep elephants out of crop fields and community areas. Alarms linked to the sensors alert people by setting off buzzer flashlights or sending SMS messages to warn villagers when a fence has been damaged or broken by elephants.

Both proposals will be tested in India in 2018. Since the proposals are complementary and can reinforce each other’s effectiveness, the developers are encouraged to collaborate.

“For the Asian elephant case study, testing a combination of the winning innovations in Assam, India, provides an exciting opportunity to not only see how both tools might work together for maximum impact to prevent elephant incursions, but for conflict situations related to other species as well,” said Nilanga Jayasinghe, senior program officer for Asian species at WWF. “By combining these ideas, we can develop comprehensive solutions to benefit more species and communities.”