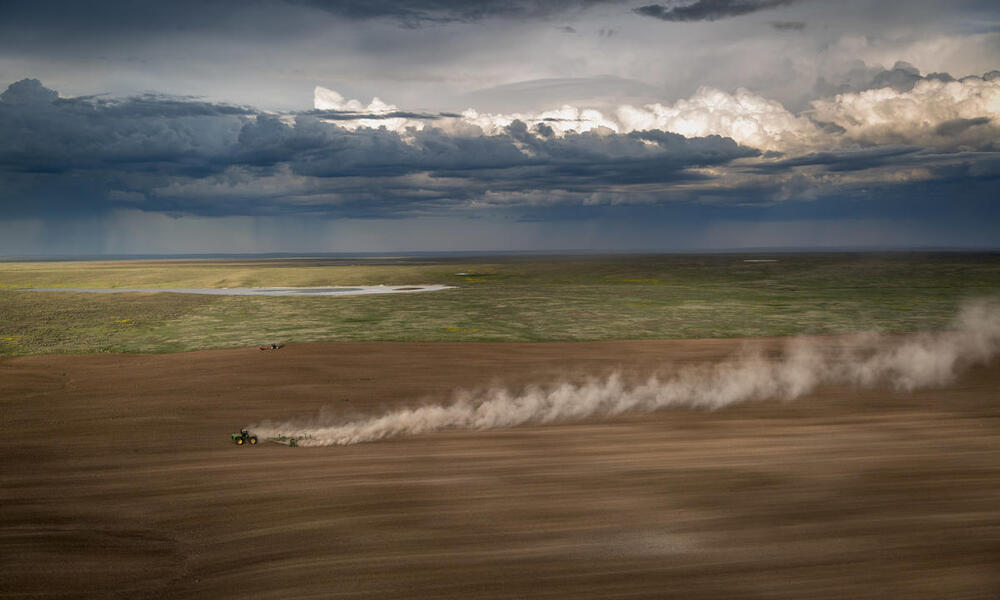 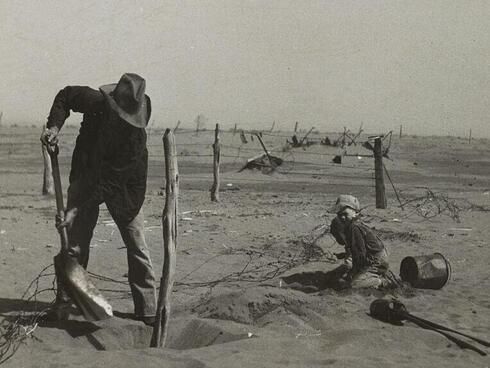 A dust bowl farmer raises a fence to keep it from being buried under drifting sand in Cimarron County, Oklahoma, 1936.

In the mid-to-late 1930s, the Great Plains and its inhabitants were plagued with massive waves of dust and sand that blotted out the sun, destroyed crops and livestock, covered homes, and made life nearly impossible for a population already struggling to survive in the era of the Great Depression. As shallow-rooted crops replaced the grasslands of this arid region, “black blizzards” of sediment arose, blanketing everything in their path for nearly 10 years.

Since then, we've learned a lot about what it takes to live in this expansive landscape. We now understand that native grassland plants have incredibly deep roots that hold soil in place, help to store water, and filter the air. They are specially adapted to hold this habitat together in ways that most crops cannot. And though immensely resilient, grasslands also require a delicate balance of grazing that mimics the behavior of native animals such as bison, an understanding of soil, and the ability to read and adapt to changing weather.

The Dust Bowl is held up as one of those historical events that are so tragic in their scope that we use them as an example of mistakes we should never repeat. Unfortunately, WWF’s latest annual study of the extent and impact of conversion of grasslands to croplands reveals that though such activity generally declined across the Great Plains in 2017, it has nearly doubled in South Dakota within the same time span. The 2018 Plowprint Report shows that approximately 58,000 acres of grasslands were plowed up in the Northern Great Plains portion of the state last year. And the hardest hit areas in South Dakota are among the very same as those decimated by the Dust Bowl.

Though conversion of grasslands to croplands declined across the Great Plains in 2017, it's nearly doubled in South Dakota.

From cattle to grassland birds and bison, a diverse array of species depend on healthy, intact grasslands.

WWF is working with private landowners in the ranching community to slow grassland loss. As Rex Johnson of the South Dakota Grassland Coalition says:

“Well-managed grasslands are essential to the ecological and economic health of states in the Great Plains. A healthy grassland ecosystem builds soils with high organic matter to provide drought protection, supports a diverse communities of plant life, abundant wildlife, reduces runoff, and dramatically improves the quality of the water reaching our rivers, streams and lakes."

Learn more about the 2018 Plowprint Report and what WWF and its partners are doing to fight for the future of North America’s grasslands.