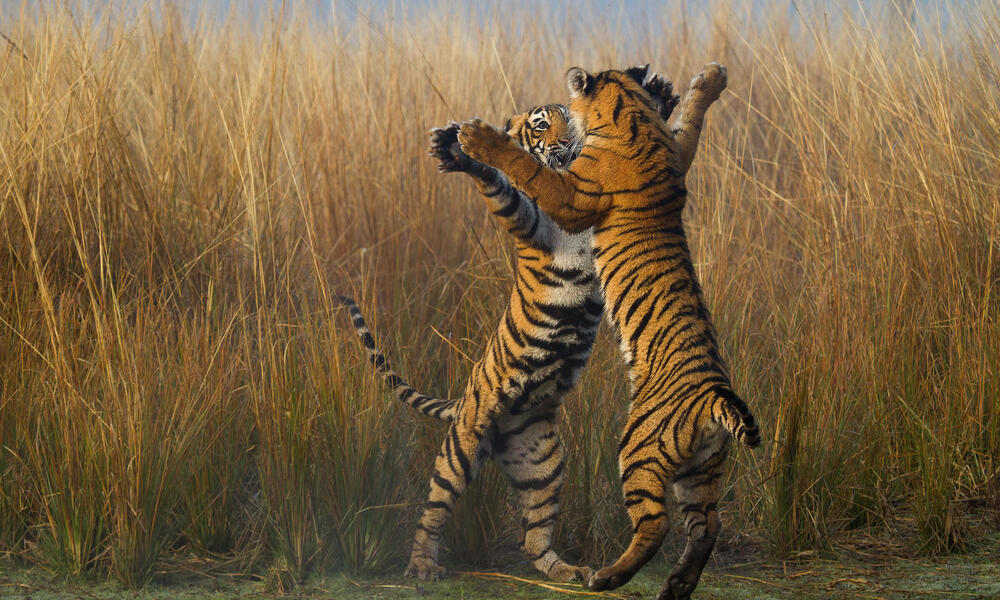 Once found in diverse habitats across Asia, the world’s wild tiger population has shrunk by an alarming 96 per cent in the last century due to illegal tiger trade, poaching and habitat loss. Today, the world is at risk of losing this iconic species completely, with as few as 3,890 tigers remaining in the wild.

One of the greatest threats to these species is poaching and illegal wildlife trade. Every part of the tiger—from whisker to tail—is traded in illegal wildlife markets. Poaching is the most immediate threat to wild tigers. In relentless demand, their parts are used for traditional medicine, folk remedies and increasingly as status symbols among some Asian cultures.

Fighting wildlife crime on the front lines are rangers and guards who risk their lives to protect tigers and other species. These dedicated men and women often leave their families for weeks at a time to patrol tiger forests and landscapes. They are typically outnumbered and always up against a multi-billion dollar illegal market for wildlife parts.

There are usually limited resources for guarding protected areas in the countries where tigers live. Even countries with strong enforcement of tiger protection laws fight a never-ending battle against poaching. In Indochina and China, poaching is so pervasive that thousands of forest acres stand empty of tigers.

To this end, WWF and Tiger Beer US are engaging in a fundraising campaign to support rangers around the world, including those in tiger range countries to reduce the threat of poaching. Tiger Beer will match up to $25,000 of consumer donations from July 1 through August 31, 2017 to support WWF’s Back a Ranger program.

WWF’s Back a Ranger project helps rangers get the equipment, training, resources and infrastructure they need to stop wildlife crime. When you donate to the project, 100% of your contribution will go toward providing rangers with everything from fully stocked first-aid kits to improved living conditions at a remote post.

In the wild, the impact from the death of a single tiger at the hands of poachers reaches beyond one single loss. If a female tiger with young cubs is killed, her cubs may die without their mother. Also, the female's potential for future breeding is lost. If a male is killed, his death can result in intensive competition for his territory among other males, which could lead to serious injury or death.

In 2010, the world’s 13 tiger range countries convened and launched Tx2 — a global commitment to double the world’s wild tiger population to over 6,000 by 2022. The most ambitious and visionary species conservation goal to date, Tx2 sees WWF working with all the respective governments and the wider global community — including companies like Tiger Beer — to implement innovative conservation efforts to safeguard this endangered species.