Salmon aquaculture is the fastest growing food production system in the world, accounting for 70% (2.5 million metric tons) of the market.

Salmon consumption worldwide is three times higher than it was in 1980. What was once a luxury food is among the most popular fish species in the US, Europe, and Japan. Salmon aquaculture is the fastest growing food production system in the world—accounting for 70% (2.5 million metric tons) of the market.

Salmon is a priority commodity for WWF because it has significant potential for negative impact on the places and species we seek to protect. We are leading the way in ensuring that key environmental impacts associated with open-pen salmon farming are significantly and measurably reduced.

We help move salmon farms toward responsible production. We also provide a framework for responsible growth in an industry that has tremendous potential to feed more people with fewer resources than required for other protein sources.

How can we make farmed seafood more sustainable? 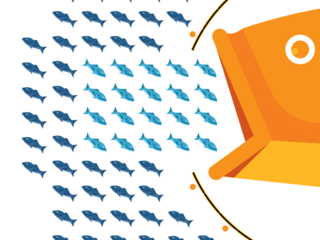 Chemicals and excess nutrients from food and feces associated with salmon farms can disturb the flora and fauna on the ocean bottom.

Excessive use of chemicals, such as antibiotics, anti-foulants and pesticides, or the use of banned chemicals can have unintended consequences for marine organisms and human health

Viruses and parasites transfer between farmed and wild fish as well as among farms, presenting a risk to wild populations or other farms.

Escaped farmed salmon can compete with wild fish and interbreed with local wild stocks of the same population, altering the overall pool of genetic diversity.

Excess food and fish waste increase the levels of nutrients in the water and have the potential to lead to oxygen-deprived waters that stress aquatic life.

Salmon farming often employs a large number of workers on farms and in processing plants, potentially placing labor practices and worker rights under public scrutiny. Additionally, conflicts can arise among users of the shared coastal environment. 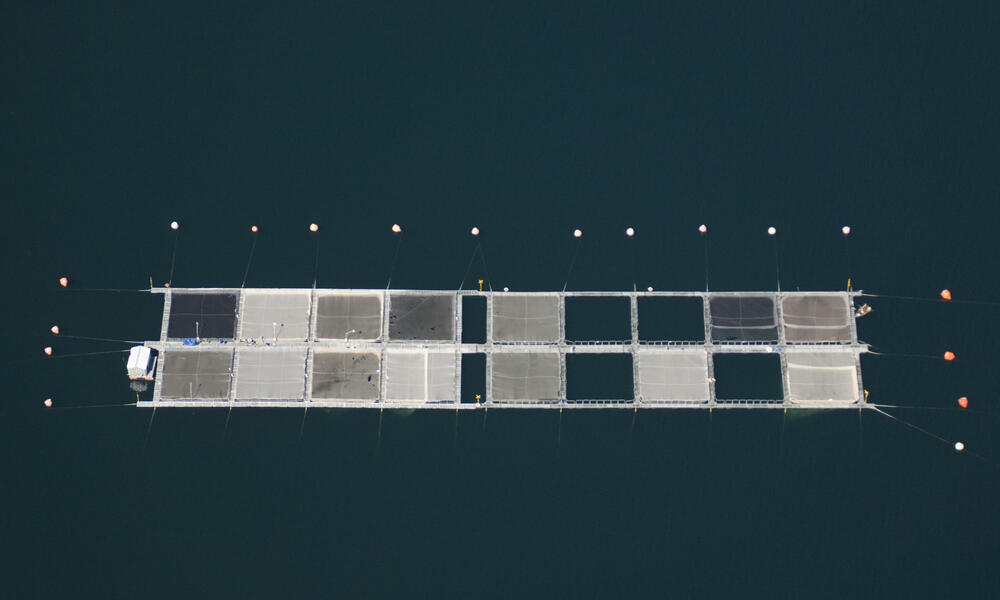 WWF works with salmon farmers across the globe to help them meet rigorous standards to become certified.

Our hope is that the global marketplace will soon be transformed so that all farmed seafood is produced responsibly. Consumers will be assured that when they visit their local grocery store or dine in their favorite restaurant, they will be making a responsible choice.

WWF works with salmon farmers across the globe to help them meet these rigorous standards in order to become certified. We urge retailers to purchase only farmed salmon that has been produced in accordance with the ASC standards. Seeking to drive continuous improvement in responsible production, we remain committed to engaging ASC in improving the standards over time in order to incorporate new science and technology.

Our hope is that the global marketplace will soon be transformed so that all farmed seafood is produced responsibly. Consumers will be assured that, when they visit their local grocery store, or dine in their favorite restaurant, they will be making a responsible choice.

WWF began working to develop open and transparent production practices in 2004, when we created the Salmon Aquaculture Dialogue. Over the course of eight years, hundreds of stakeholders participated in the dialogue process, including such companies as Marine Harvest International, the largest salmon farmer in the world, and SalmonChile, the producer association in Chile, a country that produces 30 percent of the farmed salmon product.

They produced global standards that focus on addressing seven key areas of negative impact, as well as detailed auditing guidelines for onsite visits. Both were handed over in June 2012 to the Aquaculture Stewardship Council (ASC), which manages the global standards and certification programs.

Learn more about how the salmon standards were developed.