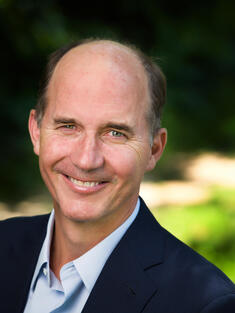 CARTER ROBERTS is president and CEO of World Wildlife Fund in the United States. WWF, the world’s largest network of international conservation organizations, works across 100 countries and enjoys the support of 5 million members worldwide.

Roberts serves on the Boards of the Nicholas Institute for Environmental Policy at Duke University and the Grantham Institute for Climate Change at Imperial College and the London School of Economics. He is a member of the Council on Foreign Relations and most recently served on the International Finance Corporation’s Advisory Panel on Sustainability and Business, as well as the Advisory Board of the Sustainable Energy for All (SE4All) initiative chaired by the Secretary-General of the UN.