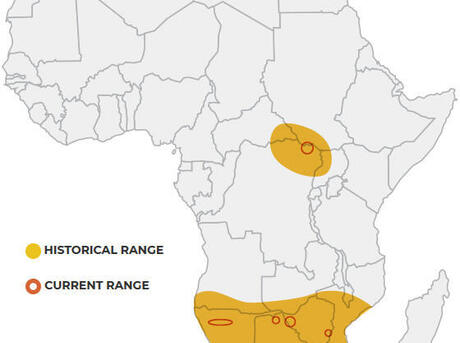 Population distribution of the White Rhino (Click for larger view)

White rhinos are the second-largest land mammal and their name comes from the Afrikaan’s, a West Germanic language, word “weit” which means wide and refers to the animal’s mouth. Also known as the square-lipped rhinoceros, white rhinos have a square upper lip with almost no hair. Two genetically different subspecies exist the northern and southern white rhino, and are found in two different regions in Africa. As of March 2018, there are only two rhinos of the northern white rhino left, both of which are female. They live in the Ol Pejeta Conservancy in Kenya and are protected round-the-clock by armed guards. Their near extinction is due to decades of rampant poaching for rhino horn.

The majority (98.8%) of the southern white rhinos occur in just four countries: South Africa, Namibia, Zimbabwe, and Kenya. Southern white rhinos were thought to be extinct in the late 19th century, but in 1895 a small population of fewer than 100 individuals was discovered in Kwazulu-Natal, South Africa. After more than a century of protection and management, they are now classified as Near Threatened and around 18,000 animals exist in protected areas and private game reserves. They are the only of the five rhino species that are not endangered.

White rhinos have complex social structures. Groups of sometimes 14 rhinos may form, notably females with calves. Adult males defend territories of roughly one square mile, which they mark with vigorously scraped dung piles. The home range for adult females can be more than seven times larger, depending on habitat quality and population density. Breeding females are prevented from leaving a dominant male’s territory, which is marked and patrolled by its owner on a regular basis. Males competing for a female may engage in serious conflict, using their horns and massive size to inflict wounds. 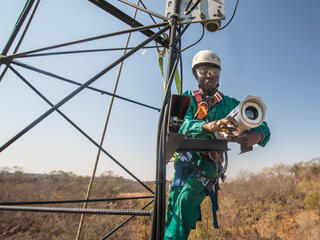 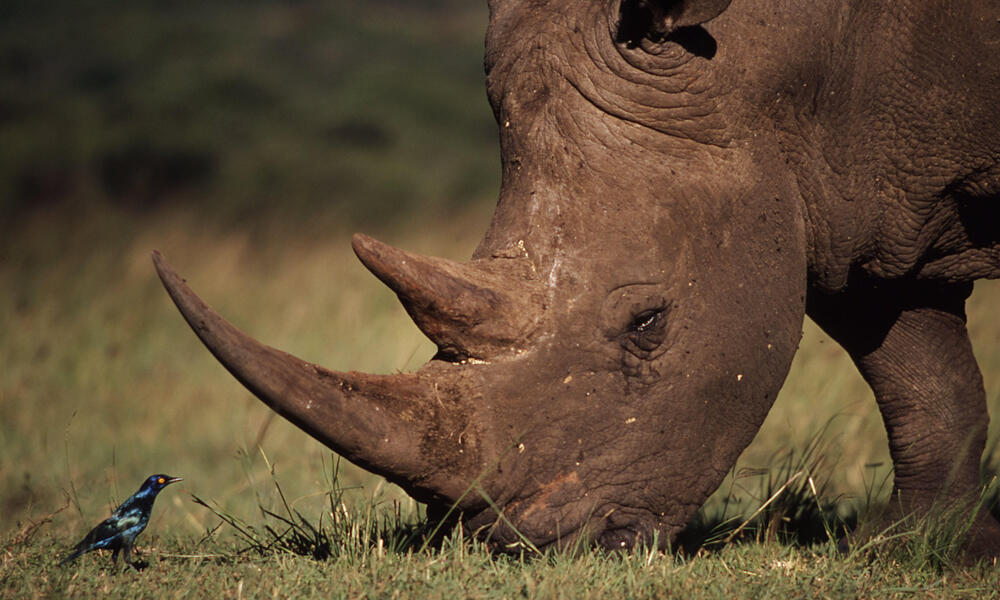 White rhinos lose their habitat due to agriculture and settlements.

Historically, uncontrolled hunting in the colonial era caused the major decline of white rhinos. Today, poaching for their horn is the main threat. The white rhino is particularly vulnerable to poaching because it is relatively unaggressive and lives in herds.

"The recovery of the white rhino is a spectacular conservation success. Brought back from the brink of extinction, their survival is once again threatened by relentless poaching for the illegal trade in their horn. We must increase our fight against these wildlife criminals, both in Africa, as well as where their horns end up in Asia." 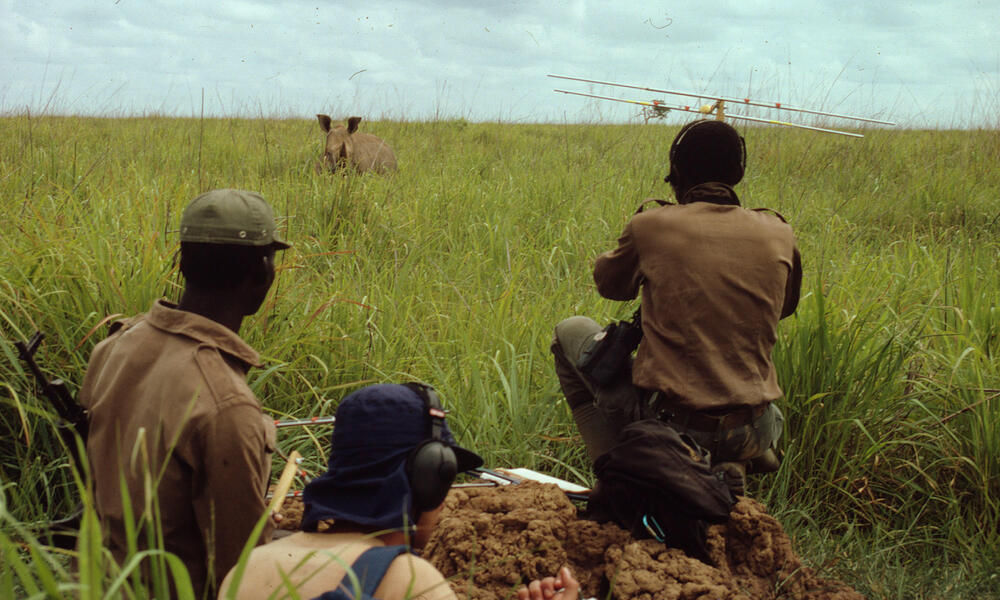 To monitor and protect white rhinos WWF focuses on better-integrated intelligence gathering networks on rhino poaching and trade, more antipoaching patrols and better equipped conservation law enforcement officers. WWF is setting up an Africa-wide rhino database using rhino horn DNA analysis (RhoDIS), which contributes to forensic investigations at the scene of the crime and for court evidence to greatly strengthen prosecution cases. In South Africa and Kenya, it has been circulated into law as legal evidence in courts and rhino management. This work is done with institutions like the University of Pretoria Veterinary Genetics Laboratory. We also support a South African white rhino web-based data system.

WWF also tackles the illegal trade of and demand for rhino horn through market monitoring, research and advocacy and collaborating with online and transport companies to help them identify and remove rhino and other illegal wildlife products. 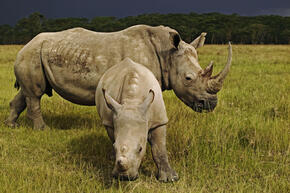 WWF supports accredited training in environmental and crime courses, some of which have been adopted by South Africa Wildlife College. Special prosecutors have been appointed in countries like Kenya and South Africa to prosecute rhino crimes in a bid to deal with the mounting arrests and bring criminals to face swift justice with commensurate penalties. TRAFFIC, the world’s largest wildlife trade monitoring network, has played a vital role in bilateral law enforcement efforts between South Africa and Vietnam. This has gone hand-in-hand with written commitments to strengthen border and ports monitoring as well as information sharing in order to disrupt the illegal trade chain activities and bring the perpetrators to justice for their crimes against rhinos.

The Lowveld Rhino Trust, a Zimbabwean-registered trust supported by a consortium of donors including WWF, was created in 2008. This trust helped to form large conservancies through technical and funding support. The Lowveld, South Africa conservancies are now home to a majority of the country’s rhinos—365 black rhinos and 175 white rhinos.

Namibia is well known internationally for its pro-conservation approaches. Namibia holds the second largest population of rhinoceros in the world, and over the past two decades has built-up the largest population of black rhino (approximately 1,700). While Namibia was spared during the first few years of the present wildlife crime crisis, since 2013, poaching of rhino and elephant and rhino, as well as of other species (e.g. lion, pangolin), targeted by the illegal international wildlife trade has dramatically increased. In response, WWF, together with local partners such as Namibia Nature Foundation (NNF), Rooikat Trust, and Safe the Rhino (SRT), and with support from the US Government, has assisted the Namibia government with the development and implementation of its world’s class Wildlife Crime Program. As a result of this whole-of-government approach, rhino populations continue to increase. And increasingly, rhino poachers are arrested before they can commit their crimes, having directly saved at least 30 rhinos between January 2018 and December 2020.