A symbolic gesture with real potential to stop wildlife crime 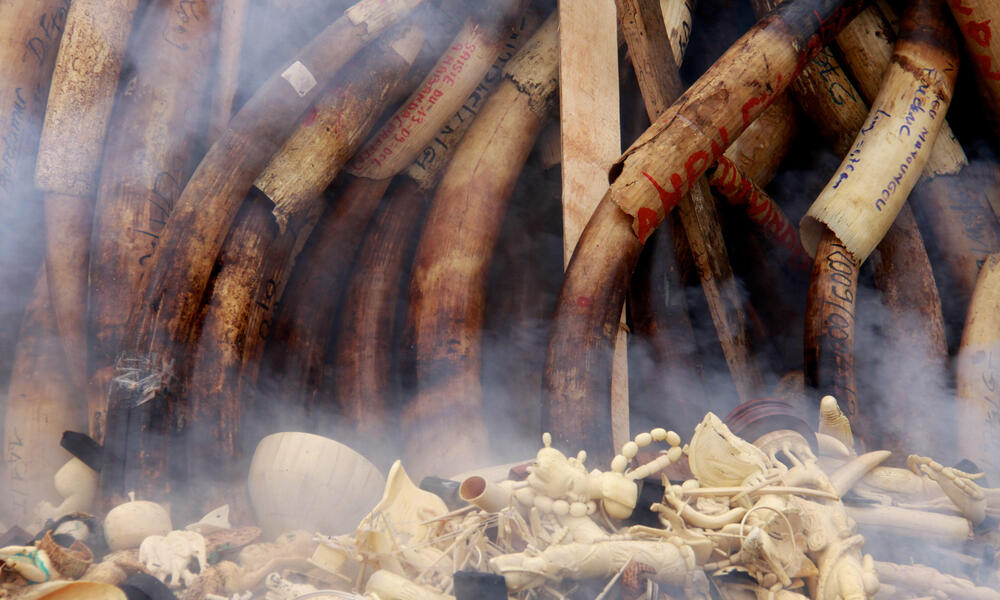 IVORY DESTRUCTIONS
(including burns and crushes)

The image is powerful—thousands of elephant tusks and ivory carvings sitting in a large pile ready to be burned or crushed. A somber reminder of the elephants killed for these trinkets.

Several countries have destroyed their illegal elephant ivory stockpiles in recent years—a powerful act demonstrating that a country will not tolerate wildlife crime. The destruction ensures that stockpiles of seized elephant ivory will never again be sold and affirms that we must end the senseless slaughter of African elephants and stop wildlife crime.

The most recent ivory destruction occurred in Mozambique on July 6, 2015 where officials burned over 2.4 tons of ivory and 440 pounds of rhino horn. The bulk of the ivory and rhino horn came from a police seizure in May. However, 12 of the 65 rhino horns were later stolen from a police warehouse, highlighting the need to ensure that these pieces do not re-enter the illegal market.

In June, the US crushed more than 1 ton of elephant ivory in New York City. China destroyed nearly 1,500 pounds of ivory in May and announced that it would phase out its enormous domestic ivory market, which could be a huge win for elephant conservation.

Ivory burns and crushes also bring global attention to a problem threatening not only elephants and other wildlife, but also national development and regional stability. Dangerous crime syndicates are often behind the trafficking of ivory and other illegal wildlife products, weakening governments and using corruption and coercion to move their goods.

Much of the elephant ivory that has been destroyed was seized by law enforcement from wildlife criminals trafficking whole tusks and trinkets to high-demand countries. The recent increase in demand for ivory has resulted in the slaughter of over 30,000 elephants every year in Africa alone, despite the fact that commercial international ivory trade was banned in 1989 by CITES, the only international agreement that ensures global trade in wild plants and animals does not threaten their survival.

WWF and TRAFFIC believe that the destruction of illegal ivory should be backed by rigorous documentation, including an independent audit of the ivory slated for destruction, to reduce the potential risk that some of it could leak back into the black market. All countries, even those that have destroyed their current stockpile, should put in place transparent and accountable stock management measures in order to manage future elephant ivory stockpiles that will inevitably arise.

WWF also calls for ivory destructions to be backed-up with additional law enforcement efforts to combat poaching and trafficking, a stronger judicial process to end impunity for wildlife criminals, and enhanced local stewardship of natural resources.

As a global conservation organization, WWF’s work to stop wildlife crime focuses on zero poaching efforts, breaking the trafficking links and reducing demand for illegal wildlife parts and products. We are working together with influencers like governments—including here in the US—local communities, celebrity champions and activists to get to our goal. 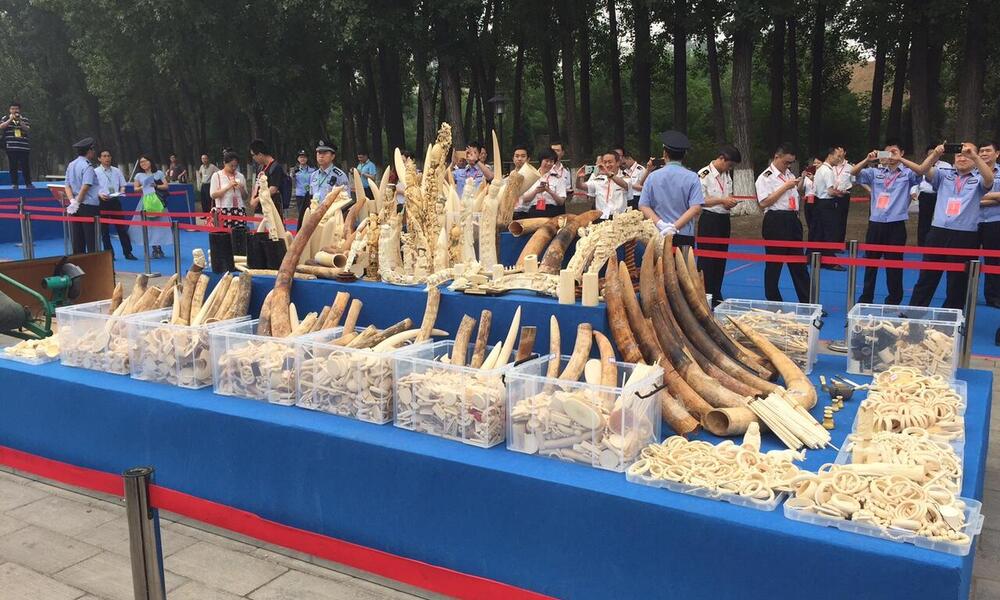 Take Action: Tell the US government to end commercial ivory trade. Together, we can end the senseless slaughter of African elephants and stop wildlife crime.