What is ivory and why does it belong on elephants? 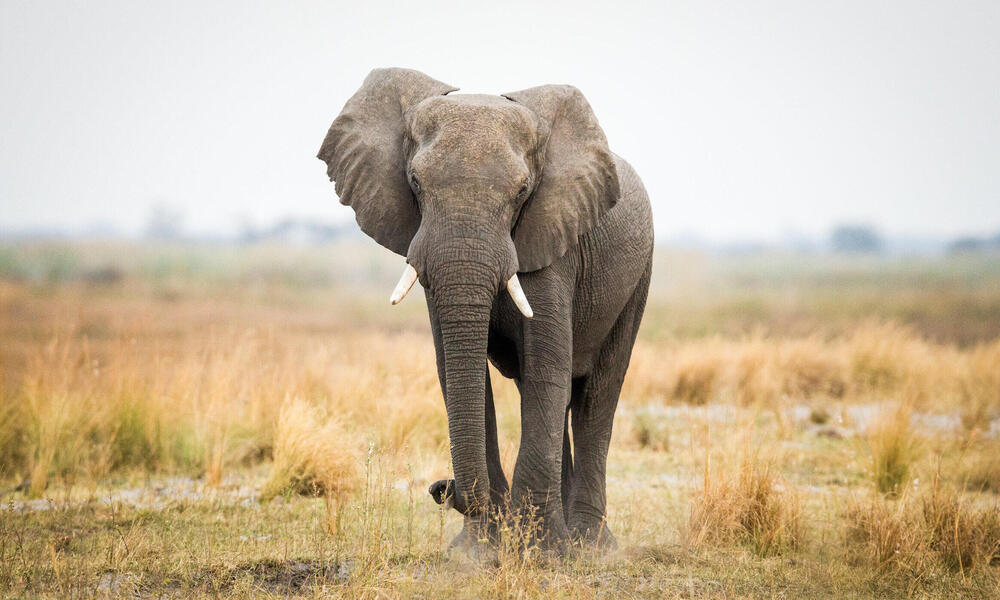 We need your support to stop demand for illegal wildlife parts and products. Pledge to stop wildlife crime and commit to preserving nature's beauty for future generations.

We’ve all seen photographs of majestic elephants sporting long, off-white tusks on either side of their trunks. This ivory is both beautiful on the animals and essential to the species’ survival. But what exactly is it?

Ivory tusks are actually massive teeth that protrude well beyond the mouths of elephants. Like our own teeth—and those of many mammals—these tusks are deeply rooted. Much of the tusk is made up of dentine, a hard, dense, bony tissue. And the whole tusk is wrapped in enamel, the hardest animal tissue and the part of the tusk that manages the most wear and tear.

Why do elephants have ivory tusks?
Elephant tusks evolved from teeth, giving the species an evolutionary advantage. They serve a variety of purposes: digging, lifting objects, gathering food, stripping bark from trees to eat, and defense. The tusks also protect the trunk—another valuable tool for drinking, breathing, and eating, among other uses.

Just as humans are left or right handed, elephants, too, are left tusked or right tusked. The dominant tusk is usually more worn down from frequent use.

Both male and female African elephants have tusks, while only male Asian elephants, and only a certain percentage of males today, have tusks.

Why is taking ivory tusks from elephants illegal?
Behind every piece of ivory—whether it be a full tusk or carved trinket—is a dead elephant. Poachers kill about 20,000 elephants every single year for their tusks, which are then traded illegally in the international market to eventually end up as ivory trinkets. This trade is mostly driven by demand for ivory in parts of Asia.

WWF is at the forefront of efforts to galvanize governments and the public to stop wildlife crime through a global campaign to apply the strength of our worldwide network, our influence with partners and governments, and the passion of our supporters.

We're calling on all governments—and particularly those of demand countries such as China, Vietnam, Thailand and the United States—to strengthen law enforcement, invest in more boots on the ground and commit to long-term elephant ivory demand reduction efforts.

NOTE: This story refers specifically to elephant ivory. While many people outside the Arctic often associate ivory with elephants, the term is also used for items that come from other species, and has different stipulations. Learn more.