After 51 years, swift foxes return to the grasslands of Fort Belknap Indian Reservation in Montana 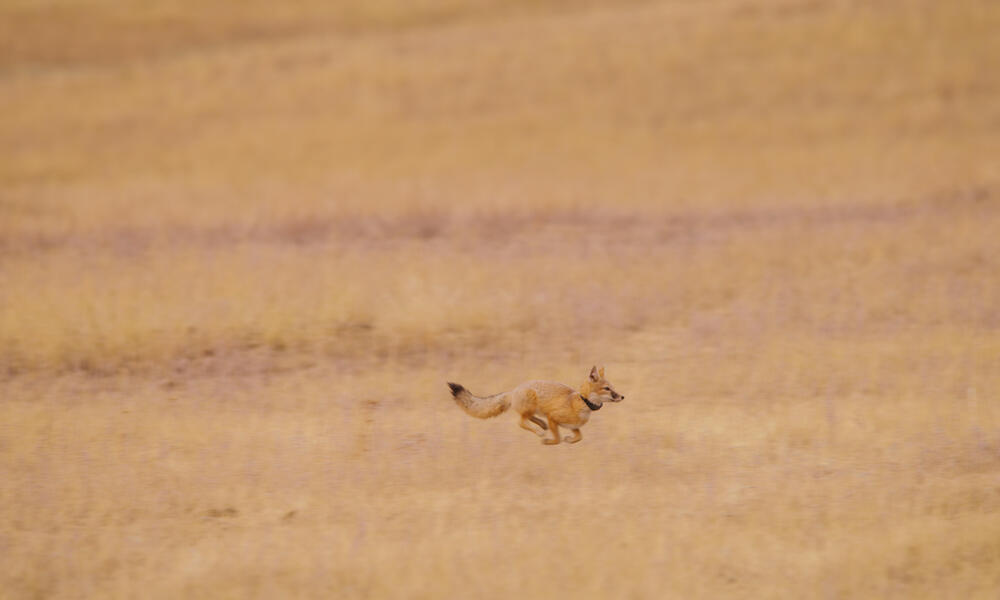 After a 51-year absence, swift foxes have returned the grasslands of the Fort Belknap Indian Reservation in Montana, joining other native wildlife found within these Native-owned lands. Twenty-seven swift foxes were brought to the area from Wyoming in September, marking the beginning of a five-year reintroduction program led by the Assiniboine (Nakoda) and Gros Ventre (Aaniiih) Tribes of Fort Belknap.

The swift fox—a small carnivore no bigger than a house cat—is the latest locally extinct species to be returned to Fort Belknap under the leadership of the Fort Belknap Fish and Wildlife Department.

“Along with (plains bison) buffalo and black-footed ferrets, swift foxes are now back where they belong,” said Harold “Jiggs” Main, Director of Fort Belknap Fish and Wildlife Department.

The goal of the program is to establish a self-sustaining population of swift foxes on the reservation. To achieve this goal, 13 more foxes will be transported from Wyoming in October. An additional 40-50 foxes will also be relocated from Colorado and Kansas during the second and third years of the program and moved to Fort Belknap. The Fort Belknap Fish and Wildlife Department and partners will monitor the reintroduced foxes over several years to ensure they are thriving.

Historically, swift foxes lived across much of North America’s Great Plains. Swift fox numbers declined precipitously in the late 1800s, mainly due to poisoning intended for coyotes and wolves and the loss of their grassland habitat. During this same time, they were also eliminated from the northern portion of their range for similar reasons. Swift foxes made a comeback after successful reintroduction efforts began in 1983 in Canada and on the Blackfeet and Fort Peck Indian Reservations in Montana. However, these reintroduced populations have yet to reconnect with populations in the southern portion of their historic range.

“Restoring this culturally and biologically important species to the Fort Belknap Indian Reservation will hopefully bridge the distribution gap between existing populations to the north and south,” said Kristy Bly, black-footed ferret restoration manager at WWF.

The swift fox will join many iconic prairie species, including buffalo, sage-grouse, prairie dogs, and black-footed ferrets on this land.