An indigenous community in Bolivia rallies to protect river turtles 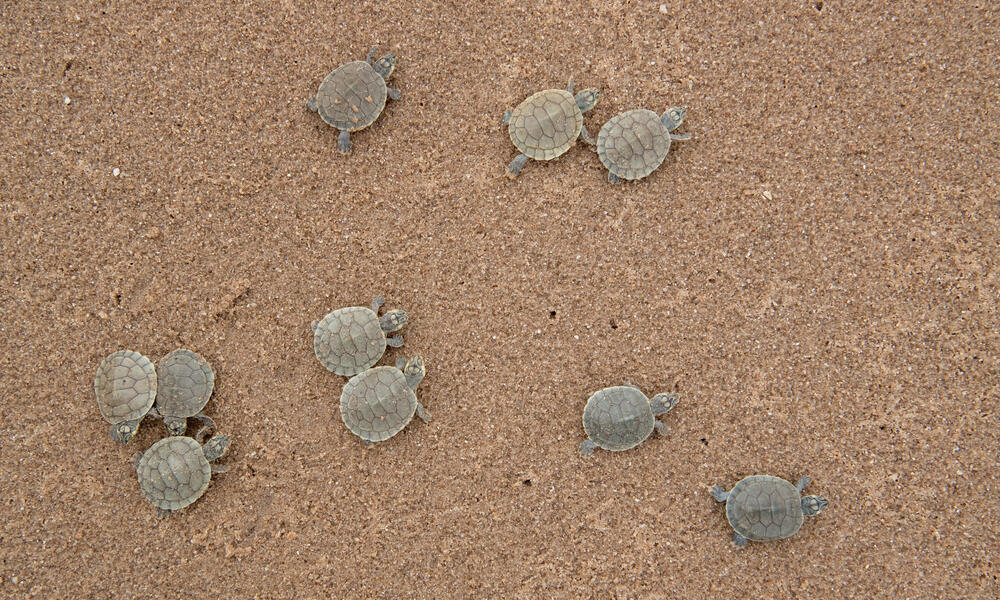 For the indigenous people living in Versalles, Bolivia—a tiny town nestled on the banks of the Itenez River amid millions of acres of pristine jungle—turtles are an important part of life. Even ancient myths and legends feature characters inspired by the Arrau turtle, including the river goddess Tatijana, who snatches bad people away in the middle of the night. Given the importance of turtles, it’s no surprise the people of Versalles feel blessed. The beaches outside of town may host the single largest river turtle hatchery of the entire Amazon.

“In the not too distant past, our turtles almost disappeared,” said Lola Salvatierra, one of the town’s teachers and passionate conservationists. Sitting in the only restaurant in Versalles—a one-room shack constructed of dried palm leaves—she tells the history. As demand for turtle shells increased, the community poached more and smaller turtles, unaware of the consequences. When the turtle population dipped too low, they sought help and began counting baby turtles to ensure a viable population. Eventually, with the support of WWF, they also came to sustainably manage the forests and beaches, finding a balance between tapping natures’ resources and conserving them for the future.

“Now we not only count baby turtles, but we protect the beaches that are most important for hatching,” she said.

These efforts have helped turtle numbers rebound, but the species remains vulnerable to threats far beyond the community’s control. For the past few years, many baby turtles have died and nests rotted long before the massive hatching occurs. The Itenez River level is rising, drowning the animals before their natural call to exit the nest arrives.

Many believe the river’s rise is caused by recently constructed dams in Brazil. Scientists have already found that water levels immediately behind the dams’ reservoirs have risen, and the impacts may reach all the way to Versalles.

Did you know that today is #WorldTurtleDay? Late last year, Beautiful Destinations joined WWF in Versalles, Bolivia to help us tell the story of river turtle conservation on the Iténez River. You can help. Join WWF’s Freshwater Force today: https://wwf.to/freshwaterforce

But the community remains committed to protecting the turtles. Salvatierra organizes volunteer groups to go to the beaches each day and dig up as many nests as possible, freeing the turtles from their underground homes as early and safely possible. They rescue turtles by the hundreds, counting them carefully to track their numbers year to year. This information, they hope, can help make a case to dam operators that they must take action.

“The turtles are too important to us to lose,” Salvatierra said. “For our town, our ancestors, our way of life—we must do all we can to help the turtles, as they help us.”

Lola Salvatierra helps river turtle hatchlings to get out of their nest before the water level of the river rises too high and floods the beach.