Building a Future for Snow Leopards 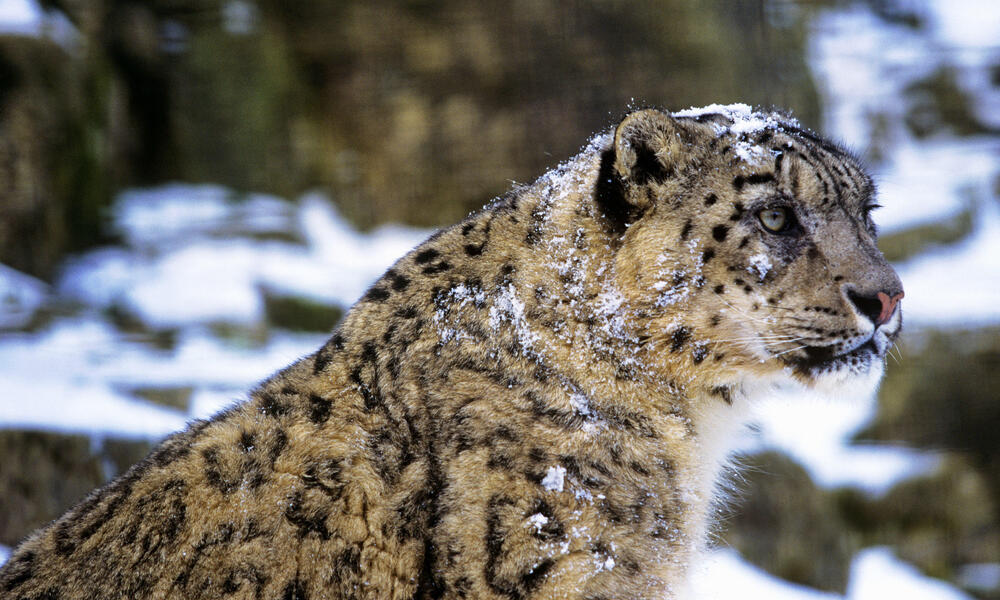 For many years, I wondered how the snow leopard got its nickname the “ghost of the mountains.” It’s such a majestic and graceful animal that the frightful name did not seem appropriate.

But after several failed attempts to see a snow leopard, I know now why the name fits. It’s an elusive animal. Rarely seen, yet its presence is always felt. A colleague of mine who was lucky enough to see a snow leopard said it was so well-camouflaged—its grey and black fur blending into the mountain slopes—that her companion couldn’t even spot it after she pointed it out.

I am fascinated by this endangered species and hope to see one in the wild someday. I’ve only seen snow leopards in zoos. Every time I go to the Himalayas, I look for the leopards’ slender body and long fury tail that helps it balance on rocky cliffs.

This week, I’m once again in snow leopard country. But there is no chance I will see one, as I am in a meeting room all week. However, the work I am involved in here will, hopefully, lead me to seeing one in the future.

That’s because government representatives from the 12 Asian countries where snow leopards roam endorsed an ambitious new plan at the meeting today—a plan to protect and conserve snow leopards and their high mountain range habitat. The goal is to ensure 20 healthy landscapes of snow leopards by 2020. Representatives also agreed to promote climate smart development that ensures water, food and energy security for the people living in and downstream from the high mountains of Asia.

This could be a threshold moment for snow leopard conservation in the same way that the 2010 tiger summit changed the conversation about tigers—shifting the emphasis away from a defensive to a pro-active, ambitious conservation strategy.

There are believed to be fewer than 7,500 snow leopards in the wild and numbers continue to decline. Snow leopards face a multitude of threats—poaching for their pelts and bones; development of mines and roads; degradation of grazing land on which their prey species depend; and retaliatory deaths by farmers whose livestock are killed by snow leopards.

Snow leopards also are likely to rapidly feel the effects of climate change. Retreating glaciers in Central Asia and melting permafrost could increase the risk of droughts and degrade pasture land that is home to their prey species.

The new plan will strengthen work already being done by WWF and USAID to build support for conservation of this iconic species at local, national and regional levels. Our approach is based, in part, on highlighting the environmental, economic and social benefits downstream of protecting snow leopard habitat upstream.

The politicians, scientists and conservationists here this week are all thrilled to be part of this transformational event. The dangers facing the snow leopard are very real, but today we are all part of securing a brighter future for the “ghost of the mountains.”