Children help secure a future for snow leopards in Mongolia 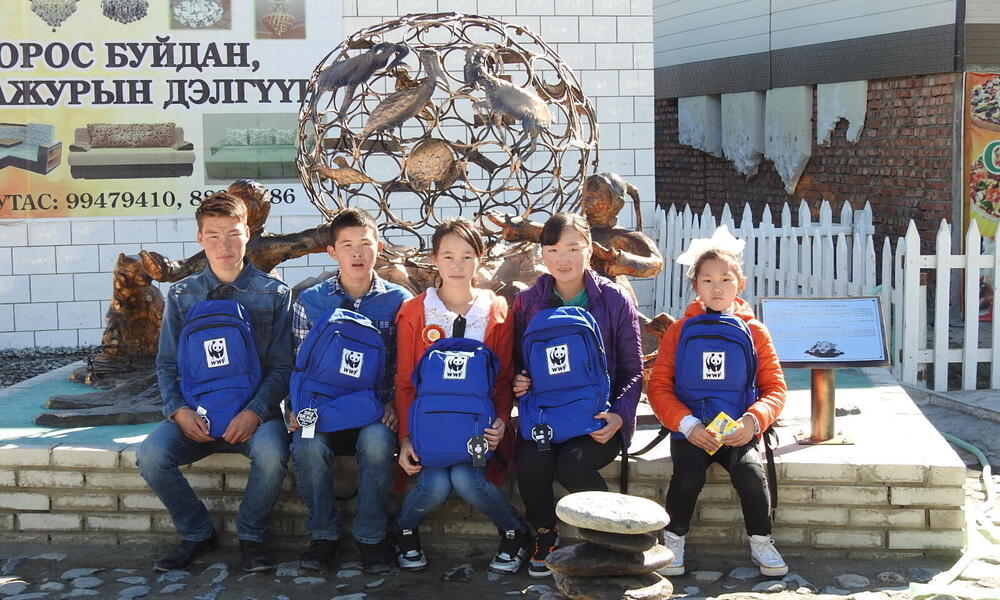 But when they retrieved the photos and videos, they were shocked by what they found.

A snow leopard was caught on camera, hobbling around with a heavy steel jaw trap on one leg. The most tragic footage was of two three-legged snow leopards that had lost a leg to a jaw trap.

Further investigation found that local semi-nomadic livestock herders were setting up these traps to catch other animals, such as marmots, as well to retaliate against snow leopards for killing their livestock.

Researchers—supported by the USAID-funded Conservation and Adaptation in Asia’s High Mountains program—found a total of 27 snow leopards since 2013, of which 24 were injury free. But we needed to find a way to protect Jargalant Khairkhan’s snow leopards from jaw traps.

That’s where school children come into play. WWF-Mongolia launched an effort to tackle this problem by working with the children of herders living around Jargalant Khairkhan. First, a video of the maimed snow leopards was shown to 200 children who were eco-club members in two local schools. 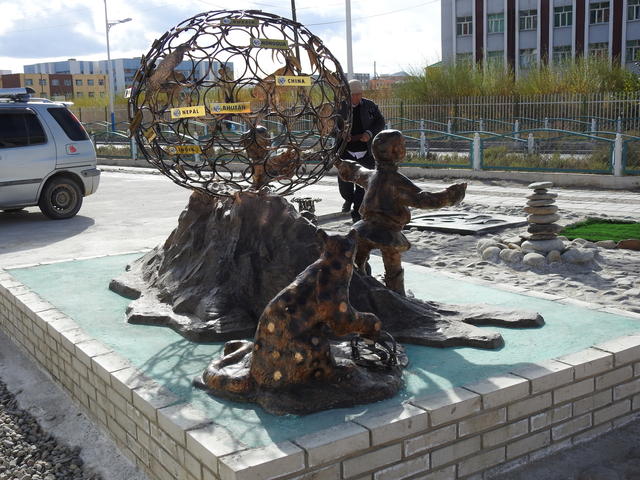 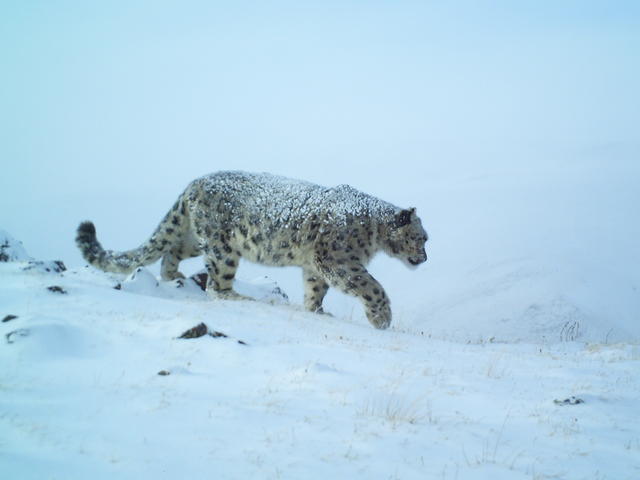 After seeing the video, the students were asked to conduct an informal survey of how many jaw traps their parents, neighbors, and relatives owned. The result was an alarming total of 500 traps in just this single district on the west side of the mountain.

The children were then mobilized to speak out against trapping at local community meetings attended by their parents, and announced a novel approach to ridding their mountain of traps. In exchange for traps surrendered to school eco-club members, local herders would receive a milk can or other useful household items.

The children went around the mountain in groups running this trap exchange campaign and soon had gathered an impressive collection of 250 jaw traps, greatly reducing the number of traps in use on the mountain.

Once the traps were handed over, the students and WWF-Mongolia staff decided to get rid of them permanently by creating a sculpture out of the metal jaws. The work of art commemorated the task the students took on to protect snow leopards and other wildlife in western Mongolia.

Energized by their success, the children set an ambitious goal to scale up their initiative. A petition signed by over 200 schoolchildren was presented to the Governor of Khovd Aimag, who promised to expand their initiative to the provincial level.

A group of 15 of the children also visited the Mongolian capital, Ulaanbaatar, to share their story, staging a self-written play, appearing on national TV, and meeting the Minister of Environment, Green Development and Tourism. They presented their petition to the Minister, and asked him to scale up their campaign to the national level.

Their efforts paid off. In April 2016, the Minister issued a directive to all provinces and protected areas to start similar campaigns to eliminate traps.

Finally, the snow leopards and their young guardians can all breathe a sigh of relief.