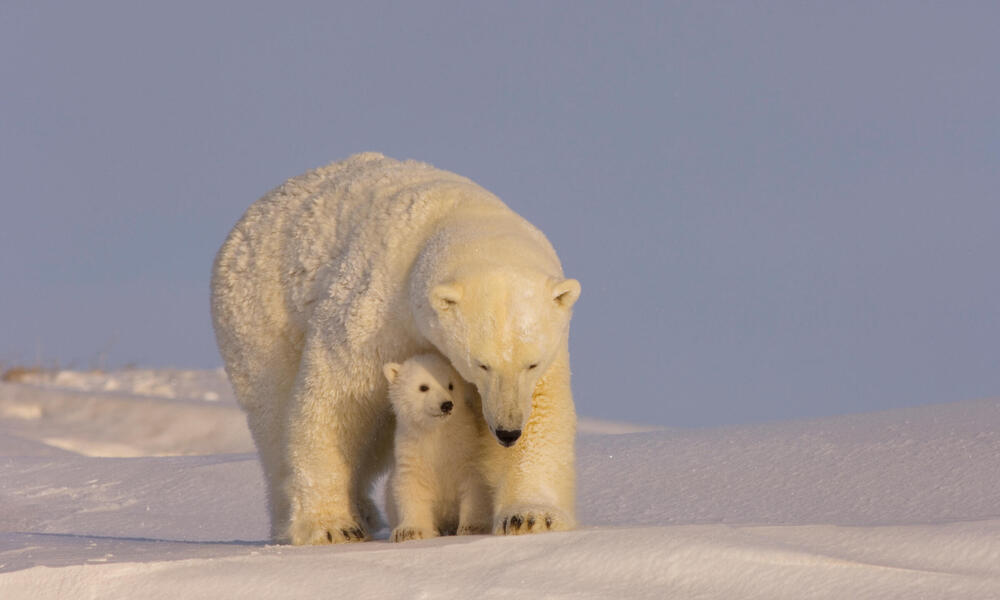 In the Arctic, wildlife is being forced to adapt to an environment warming twice as fast as any other region on the planet. That constantly changing climate impacts the way sea ice grows and melts, which is bad news for the wildlife dependent on sea ice and people whose survival is inextricably linked to the ice.

In some areas of the Arctic, female polar bears are more frequently choosing to build their maternity dens on land rather than sea ice. The land provides the stability and security that sea ice no longer can—at least until human activity comes into the picture.

Threatened species
In the US, polar bears are listed as threatened under the Endangered Species Act, and the Southern Beaufort Sea polar bear subpopulation is one of the most imperiled in the world. Its size is almost half of what the subpopulation was in the mid-1980s with only around 900 bears estimated to be remaining today.

The coastal plain of the Arctic National Wildlife Refuge has become a nursery ground for these polar bears, with one of the highest densities of suitable denning habitat in northern Alaska. About one-third of all breeding females in the Southern Beaufort Sea subpopulation give birth and raise newborn cubs under the protection provided by the coastal plain.

But much like the sea ice that’s disappearing from our warming planet, the protection provided by Arctic refuge could vanish, too. 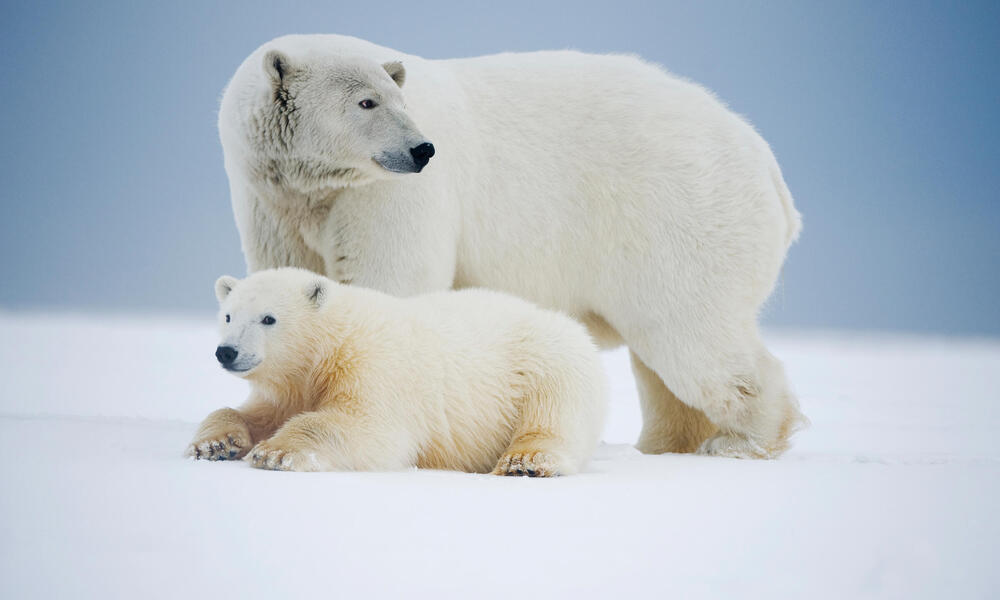 Seismic impact
In 2017, Congress approved opening parts of the Arctic National Wildlife Refuge to allow for oil and gas drilling. The first step of that process includes seismic testing along the coastal plain to help determine the location of deposits of oil and gas.

Seismic testing is a very disruptive activity. In the coastal plain, it will require big heavy trucks that drive across the snow-covered tundra, laying lines in a grid pattern. The equipment vibrates and produces noisy blasts. The private company proposing to conduct the seismic studies says it will detect any of the bear dens before beginning the work. However, the technology to detect polar bear dens is not perfect and experts believe that some bears will definitely be impacted, or even killed.

If denning polar bears are disturbed, mother bears may exit the den prematurely with their cubs, exposing them to the extreme elements and risking their survival. Cubs could also be abandoned. According to an analysis by Polar Bears International, there’s at least a one-in-four chance that the seismic equipment will run over and crush at least one den. That’s based on the equipment that would be needed and the known concentration of polar bear dens in the area.

It's time to act
WWF is calling for the permanent protection of the Arctic Refuge Coastal Plain, and we need your help. Protect polar bears from seismic testing.