In a blow to wildlife, China lifts a ban on the use of tiger and rhino parts 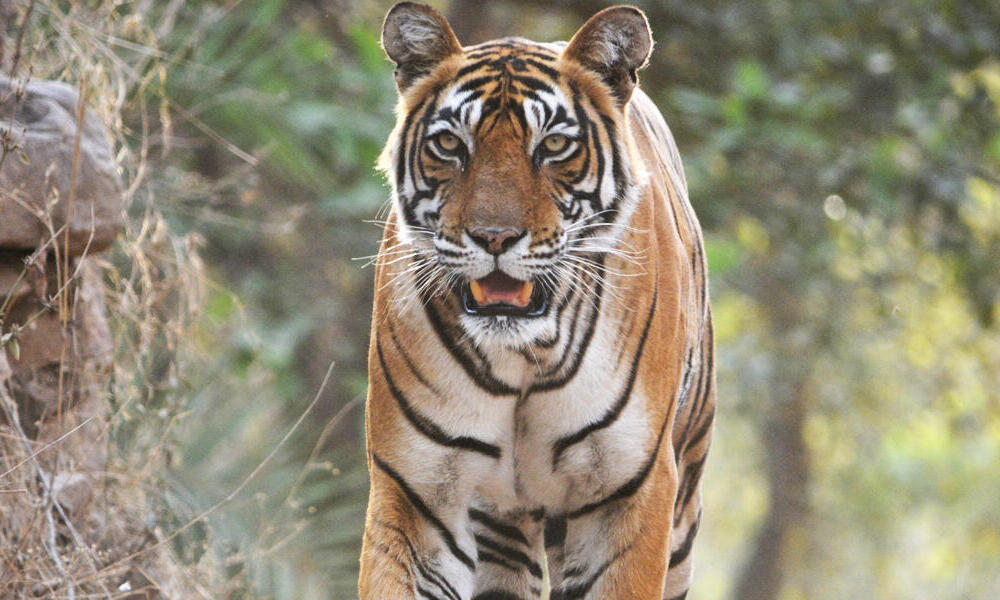 China has postponed implementing new regulation that would have allowed the use of tiger bone and rhino horn by hospitals, and domestic trade in antique tiger and rhino products.

“WWF welcomes the news that China has postponed lifting its ban on the domestic trade in rhino horn and tiger bone, signaling a positive response to international reaction,” said Margaret Kinnaird, WWF’s wildlife practice leader. “Allowing trade from even captive animals could have had devastating impacts on wild rhino and tiger populations. This move helps maintain the leadership role China has taken in tackling the illegal wildlife trade and reducing market demand.”

China has previously demonstrated leadership in support of the conservation of wild tiger populations. The government has already undertaken considerable efforts to recover its tiger population in the northeast region of the country by recently establishing the Tiger and Leopard National Park—1.6 times larger than Yellowstone National Park in the United States. "It is important to send a strong message that the value of wild populations of tigers and rhinos and their ecosystems is much greater than the value of their parts and horns,” Kinnard said.

In an enormous setback for wildlife conservation, China announced it will allow hospitals to use tiger bone and rhino horn from captive-bred animals for traditional medicine. The decision reverses a decades-old ban that has been instrumental in preventing the extinction of endangered tigers and rhinos.

“China’s decision to reopen a legalized trade in farmed tiger bone and rhino horn reverses 25 years of conservation progress in reducing the demand for these products in traditional Chinese medicine and improving the effectiveness of law enforcement,” said Leigh Henry, director of wildlife policy, WWF-US. “This devastating reversal by China runs completely counter to the image of wildlife champion the world had come to expect with China’s ivory trade ban, which was such a positive development for the world’s elephants.”

WWF urgently calls on China to not only maintain their 1993 ban on tiger bone and rhino horn trade, but to also extend it to cover trade in all tiger parts and products, regardless of whether they’re from captive-bred or wild animals.

The new regulations say hospitals can obtain parts from captive facilities within China—excluding zoos—where tigers and rhinos are bred for commercial purposes. Experts estimate that more than 6,500 tigers live in China’s tiger farms, far outnumbering the roughly 3,900 remaining in the wild.

The 1993 ban significantly curbed the demand for tiger and rhino parts from what has long been considered the worlds’ largest consumer market for such products. Over the years, China has taken significant steps to implement and enforce this ban through public education campaigns, promotion of effective substitutes for tiger and rhino medicines, and strengthening law enforcement. Allowing the legal market for such parts to resume will be detrimental to conservation efforts, potentially fueling the demand for these products and increasing poaching of wild tigers and rhinos.

China has been a leader in the conservation of majestic species such as elephants, and WWF is optimistic that the country will recognize its role in the illegal tiger and rhino trade and maintain the ban.

Help tigers, rhinos, and other wildlife. Sign on to stop wildlife crime.