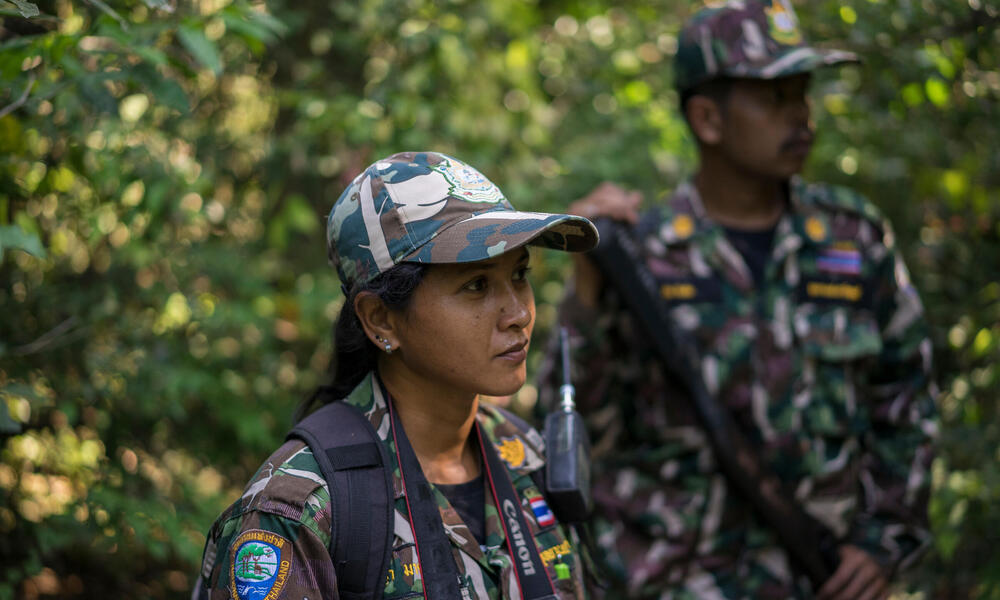 Woraya Makal comes across as a gentle and soft-spoken woman, but she is clear about what she wants and does not mince her words, especially when explaining why she chose her current occupation.

“I became a ranger because [as a ranger] you have the right to make decisions on your own,” she says of her work.

“And because I love nature.” 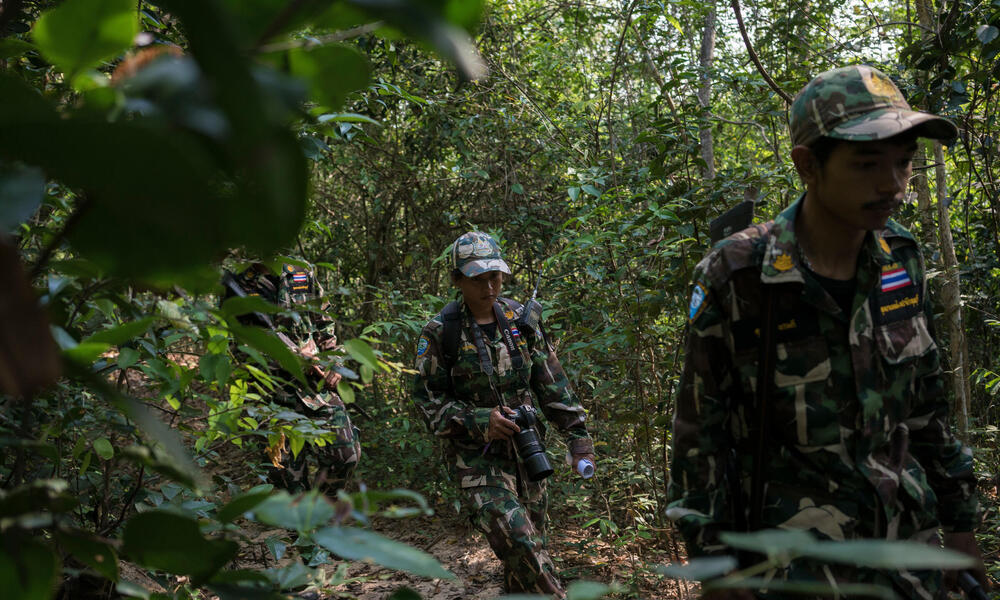 Woraya, called Kwan, is the only female ranger in the whole of Kui Buri National Park - a protected area in south-western Thailand, that borders Myanmar to the west.

A veteran in her field, Kwan has spent almost a decade engaging in wildlife protection and patrolling national parks. At Kui Buri, where she has worked for two and a half years, she is one of 116 rangers.

In Thailand, women like Kwan remain a rarity. But neither this nor the voices alleging that women aren’t suited for the ranger lifestyle – which comprises long working hours in spartan and sometimes dangerous conditions, away from loved ones – have prevented her from living her truth.

“I think [gender] doesn’t matter for your occupation. Any job that a man can do a woman can do also. Sometimes even better,” Kwan asserts, chuckling.

Like her colleagues, she ventures out on patrol for 15 days each month, sometimes in the company of WWF staff. Armed with a digital camera – an item she rarely parts with – Kwan documents wildlife movements throughout the park and looks out for snares left behind by poachers. 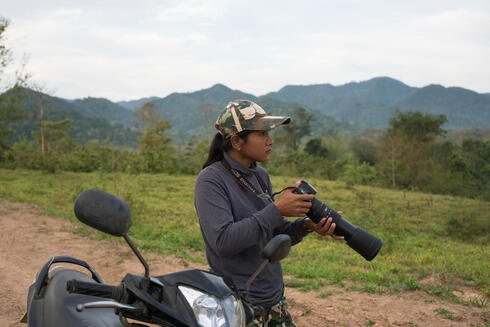 At the end of each day, she sends her findings and photographs via a mobile app to her supervisors, who log it onto the SMART patrolling system –software that allows for better planning of rangers’ and WWF’s joint protection efforts.

“When I go on my motorbike, it is to check where the animals come out and give that information to the tourists,” she says.

Over the years, Kui Buri has become known as one of the best places in Thailand for spotting Asian elephants and mighty gaurs (also known as Indian bison). If you’re lucky, you might even see a rare banteng, a species of wild forest cattle, among the herds of gaur. Because Kui Buri’s wildlife attracts visitors from all over the world, one of Kwan’s responsibilities is to look out for the people admiring the animals and share information with the park’s guides as to the wildlife’s whereabouts.

She also engages in habitat improvement. The activity— which includes removing weeds from the park’s open fields with fellow rangers and WWF staffers and replanting native vegetation—ensures elephants have enough food within the park and don’t venture out in search of food in neighboring plantations.

Kwan lives for much of the year at a ranger base camp in the park. That, and the collaborative nature of her work means that close alliances are formed quickly. “The way we make jokes and talk to each other it’s really like family,” she proclaims when talking about her seven-person ranger unit.

That’s not to say she doesn’t miss her loved ones. Kwan admits her close-knit community is no substitute for her two teenage sons, who live with their father in another province.

A 2016 survey conducted by WWF 11 Asian countries, including Thailand, revealed that that 45% of the 530 rangers surveyed saw their families less than five days a month. Kwan visits her children twice a month, at most – a choice she makes with a heavy heart but one she sees as necessary to pay for their education.

Kwan concedes she sometimes faces criticism for choosing a profession that separates her from her sons because she is a woman and a mother, but she doesn’t dwell on negative voices.

“If I care about what other people think, I will not provide for [my children],” she says. “I work for them.”

This passion for her family, and for the park and its wildlife, drive Kwan and rangers like her, who serve so bravely on the frontlines of conservation.

Back a ranger: Help the women and men protecting nature and wildlife