Malaysia's tigers on the brink of extinction 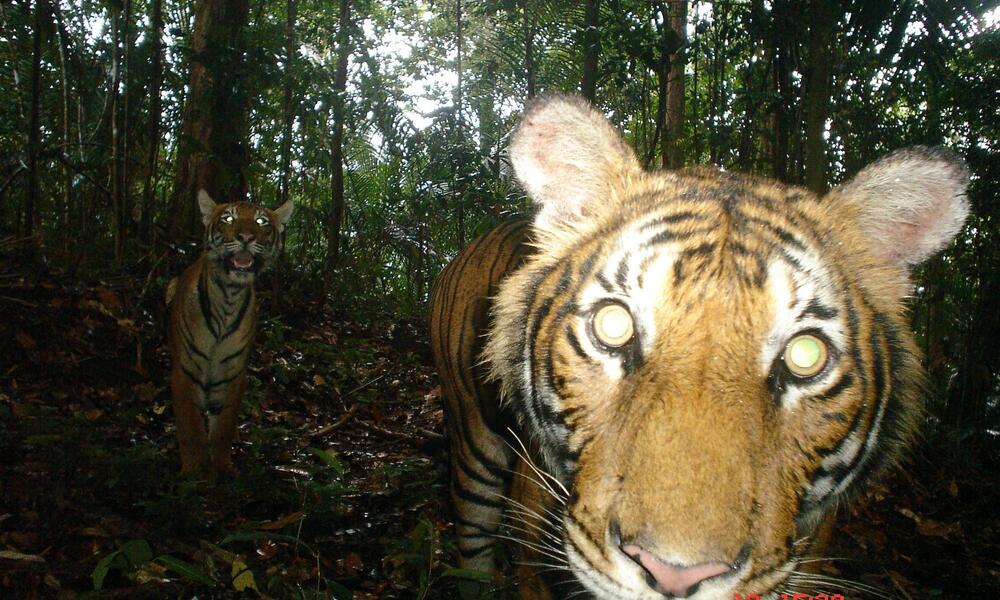 Tigers living on the Malayan Peninsula—a region that includes parts of Thailand, Malyasia, and Myanmar—are at risk of going extinct in just the next two to three years, according to WWF-Malaysia’s Dr. Mark Rayan Darmaraj. Less than 200 tigers in Malaysia are now estimated to be left in the wild, with poaching the greatest threat to their survival. Driven by demand for their parts used in traditional Chinese medicine, poaching has grown in recent years due to an influx of Indochinese poachers, who snare heavily and can wipe out entire populations of large mammals if left unchecked.

Malaysia's tigers can only be saved with more action directed toward combating poaching and the illegal wildlife trade. This includes increased staffing, better coordination between government agencies, and stronger enforcement and penalties for offenders.

Locally, WWF-Malaysia works closely with local communities to establish patrol teams that include Indigenous peoples in the tiger site of Belum-Temengor. Since 2014, these patrol teams have removed more than 250 active snares and recorded more than a thousand old snare sites, saving tigers and other large mammals in the area.

On a national level, the Royal Malaysian Police and Malaysia’s Department of Wildlife and National Parks recently initiated a joint operation on wildlife crime, which has resulted in the arrest of almost 50 people since September. The goal is to sustain and institutionalize these efforts for the long-term protection of Malaysia’s wildlife. WWF is calling for the establishment of a National Tiger Conservation Committee to ensuring this and spearhead multiple other tiger conservation initiatives.

Learn more about WWF's efforts to double the global number of tigers in the wild.