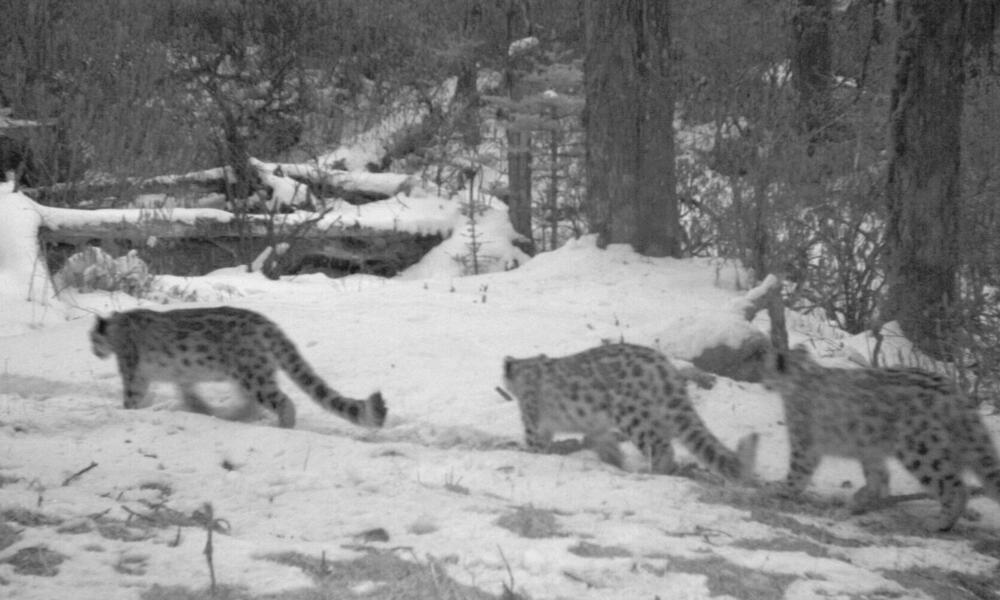 In the 19 years he has been working in conservation, 44-year-old Tenzin can readily identify the most challenging work he has tackled yet in Bhutan.

“It was definitely the snow leopard survey work we conducted in Wangchuck Centennial National Park,” he said. “We had to survey remote, unpopulated areas over long periods of time, and become familiar with a lot of new research tools.”

Bhutan’s pristine mountains are an important home to the charismatic snow leopard. However, Tenzin, the Head of Research in Wangchuck Centennial National Park (WCNP), had yet to see evidence of one in the park until WCNP’s first ever population survey of snow leopards was conducted as part of the WWF Asia High Mountains Project, supported by USAID.

The survey took place over three years, and Tenzin vividly remembers the first time they retrieved the automatic cameras set up as part of the survey. They were amazed to find that they had the first photographs of the elusive snow leopard from WCNP. The stuff of legends and anecdotes was now captured as digital images.

“We were really excited to get photographs of the snow leopards from here,” Tenzin said. We were also able to show evidence to the communities in these areas, and they were happy because it validated their conservation work.”

During the three years of the survey, conservationists were treated to many visual delights from their automatic cameras.

“We recorded the first ever images of the Tibetan wolf here. We also got our very first images of the Pallas’s cat. We discovered a whole new world of animals that are living in our park,” Tenzin said.

More importantly, the survey work equipped Tenzin and his team with the knowledge and experience to systematically conduct such research in the future. They received training on how to set up camera traps, collect data, and perform final identification of snow leopard individuals. While the fieldwork was grueling, for Tenzin, the most difficult part of the survey came after returning from the field.

“The individual identification and data analysis was the most difficult part for me,” Tenzin said. “I am a ranger, so I am not used to the analytical part.”

He remembers the heated discussions during the identification phase.

“We collected all snow leopard images, and sorted similar angles together: left flank, right flank, all front limbs, all tails, and then we went one by one, to identify whether two images were the same snow leopard or different individuals. For example, I’d say they were different individuals, another friend would object and weigh in why he thought they were similar.”

After a week of debate, the team made a final decision.

The survey counted a total of 14 snow leopards in the area, and provided the WCNP team with confidence that they could independently do the work for Bhutan’s subsequent national snow leopard survey.

The results of the national survey are now complete and Tenzin could not be more proud.

“It has definitely been the most challenging work I have done, but also the most satisfying,” he said.