Top chefs take on food waste: A Q&A with Chef Dan Barber of "WASTED! The Story of Food Waste" 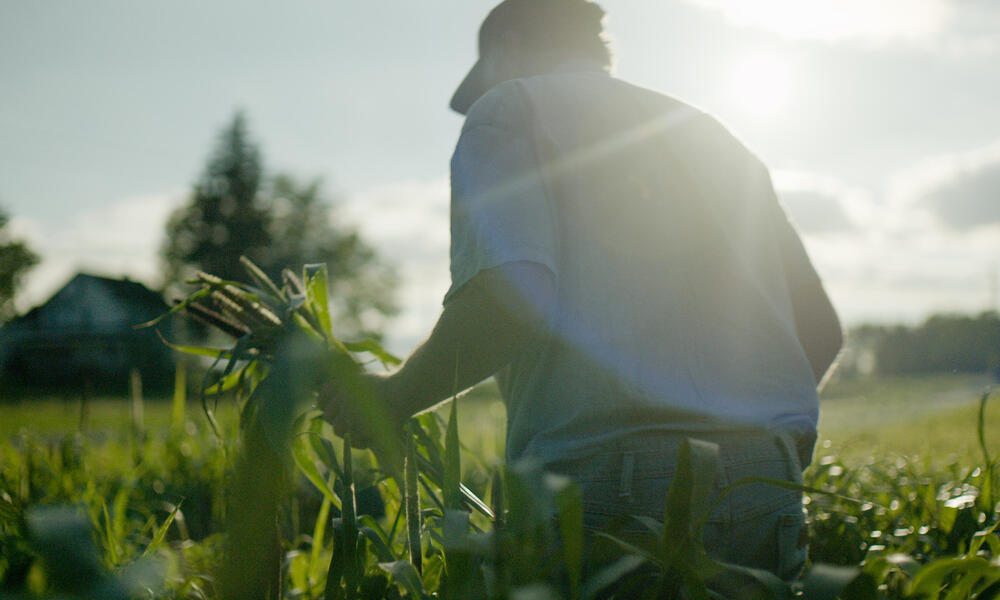 Each year, 1.3 billion tons of food are lost or wasted, several times what’s needed to feed every hungry person on the planet. Chef, author, and television personality Anthony Bourdain’s new documentary, WASTED! The Story of Food Waste, sheds light on this staggering problem, while offering solutions as well. The film features chefs and food waste experts, including Chef Dan Barber of celebrated New York restaurants Blue Hill and Blue Hill at Stone Barns. WWF's Director of Food Waste Pete Pearson asked Barber about cooking, food waste, and what we can do improve our current food system.

To meet growing global demand for food, we will need to increase productivity and efficiency and reduce food waste. WWF is working with the hospitality, retail, and food services sectors, as well as schools and farms to explore how to measure and reduce waste from field to table.

Was there a particular tipping point that made you decide to say yes to the film? To being a food waste advocate?
I think this issue strikes a nerve for any chef, because we’re hardwired to look for culinary opportunity in what would otherwise be thrown away. The film seemed like a great way to bring this issue out of kitchens and into the public eye.

Do you measure food waste in your restaurant and is your staff engaged on how much you generate each day?
It’s something we’re always thinking about—how to use more of the plant, more of the farm—but it’s more creative than calculated. We look at what’s in our waste and how we can turn it into a new dish.

Much of the film is dedicated to culinary experts and high end application. How do we begin to change the everyday-behavior of people in America eating fast food every day? How do we shift food culture?
This idea isn’t confined to white tablecloths. Just look at the world’s great food cultures, which were built on resourcefulness—an imperative to utilize every part of every ingredient, in the field and in the kitchen. Embracing those food traditions is hopefully another way to find new applications in the everyday.

If you could wave a wand and change one thing in our current food system, what would it be?
Getting rid of the protein-centric plate of food. Consumer demand drives our farming practices, so the first step is to change the structure of our diet to more readily reflect what our land can provide. A 12-ounce center cut cannot be our expectation of what’s for dinner, seven nights a week.

What’s one simple tip you’d give someone to reduce food waste?
It starts at the dinner table. I really think the first step to shifting food culture is to get people cooking more. Because when you’re the one at the stove, you understand what you’re eating on a much more visceral level.

You’ve traveled the world more than most. Where and how are people making the most of their food?
Traveling to London for our wastED pop-up was a lesson in seeing how far the food waste conversation has evolved in the last few years. Almost every supplier that contributed to our menu—from an artisanal bakery to a massive retailer—had already taken steps to reduce or repurpose their byproducts.

What could we learn from other cultures about food waste?
We could start by changing the language. Many of the items that we consider “waste” are culinary staples in other cultures because people have found a way to make them delicious through good cooking.  Take something like coq au vin, originally made from a rooster that tastes like wood unless it’s cooked down for hours in oxidized wine. You’ll notice they don’t call it “waste chicken”—instead they turned it into a coveted dish.

What’s the most innovative or creative use of food you’ve seen recently in your travels?
Not long ago I was speaking with two guys from Iowa, both young food entrepreneurs. One was about to open a microbrewery using local grain, and the other was an aspiring baker; his plan was to utilize the spent grain from the brewery in his baking. (And he, in turn, proposed making beer with his stale bread.) That kind of dialogue reminds us of what can happen if we stop thinking of our food system in silos—if we start looking at the byproducts of one industry as the ingredients for another.