A new protected area (PA) for tigers and leopards in Russia 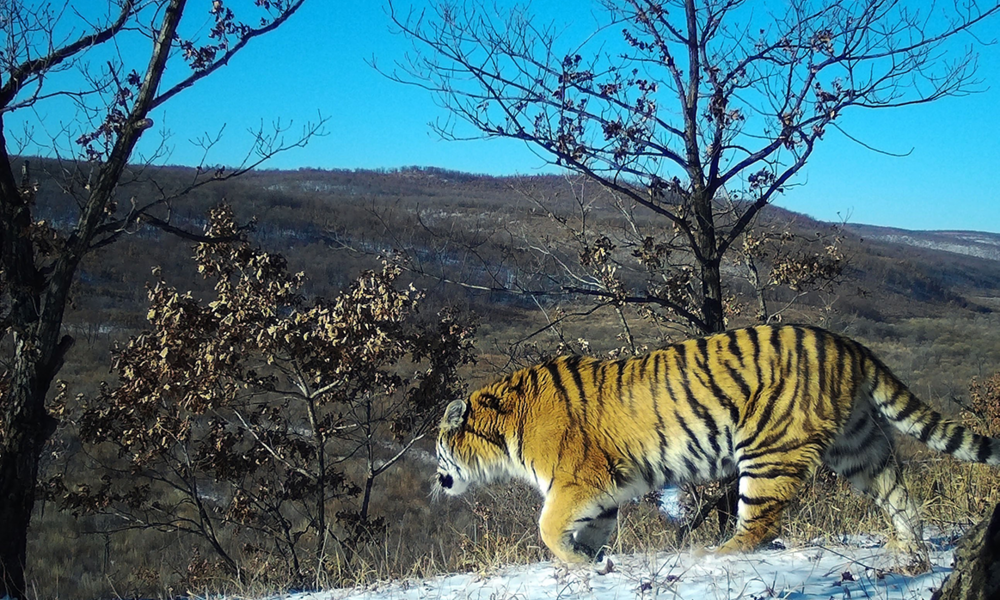 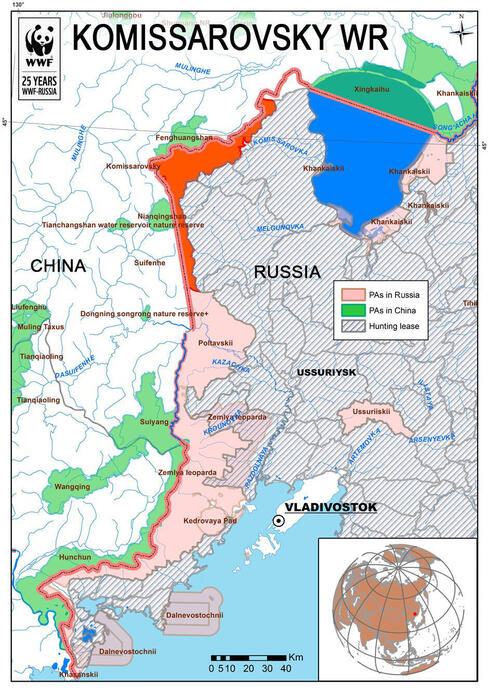 More than 200,000 acres of a transboundary territory for tigers, leopards, and other species have been established in the Russian Far East as a new protected area. Known as the Komissarovsky Wildlife Refuge, and created with support from WWF-Russia, the land is home to 16 species listed on the International Union for Conservation of Nature (IUCN) Red List of threatened species. The refuge is the last link in a chain of protected areas Russia established as part of an agreement with China. Along with the Sredheussuriisky Wildlife Refuge and Land of the Leopard National Park, these protected areas are regarded as key transboundary crossing points for wildlife.

The Komissarovsky Wildlife Refuge is rich in flora and mixed forest habitats preserved only in the Komissarovka River basin. The regulations of the new protected area will conserve its forests and wildlife while allowing traditional natural resource use among the local people.

According to Dmitry Pankratov, head of the Primorsky Wildlife Management Department, efforts need to be implemented to ensure the refuge is protected and functioning efficiently. These include monitoring and camera trapping, determining border crossing areas for big cats, boundary marking around the territory, increasing ungulate numbers, and carrying out fire-fighting activities. WWF will continue to collaborate with the local people and cooperate closely with the Frontier Service and protected areas located on the China side of the border.

Donate to support WWF's global conservation efforts and choose to receive this handcrafted necklace as a thank-you gift.