How sustainable honey helps a community and precious forest in Sumatra 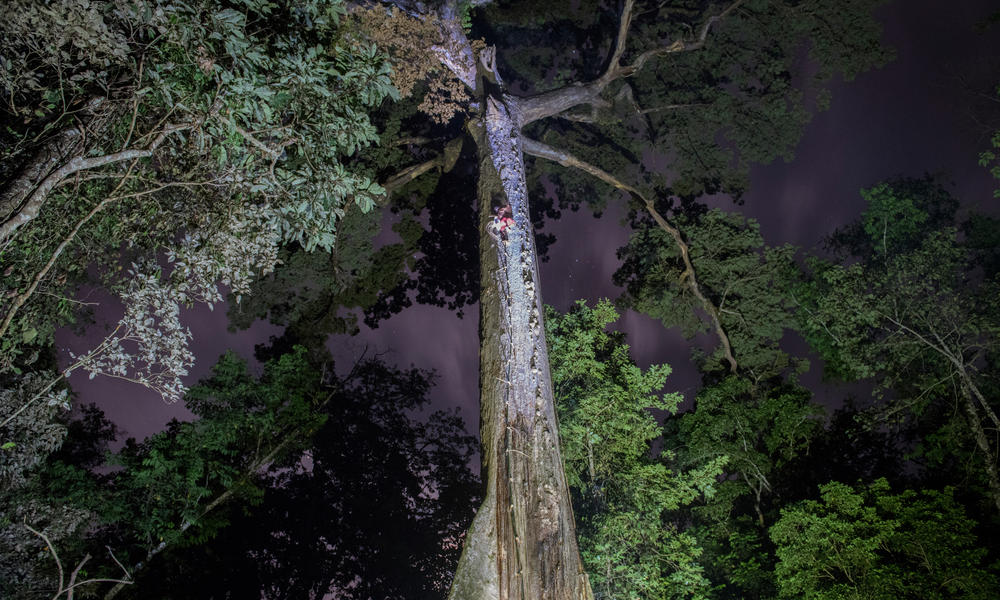 Around 10pm one night in October 2017, in the rain forests of central Sumatra, Feri grabs a hammer, loops it over his shoulder, and scales a tree so massive it makes him look the size of a squirrel. The ladder he’s using is a chain of bamboo poles lashed to wooden pegs. Flashlights from the ground cocoon his figure in light as he reaches the uppermost pole, whacks a new peg into the trunk, and waits for another climber to carry up the next length of bamboo.

The tree, in Feri’s language, is a sialang, meaning “big tree with honey.” He and three other climbers—who belong to a community of indigenous Talang Mamak people—have been building the ladder for hours. Once it reaches the bees’ nests hanging from the sialang’s branches, they’ll use a smoking torch to drive out any bees.

The Talang Mamak have been harvesting honey and a host of other natural products from these forests, located in a region known as Thirty Hills, for generations. But they just began collaborating with a PT Alam Bukit 30 (ABT), a new business aiming to help them improve their production and profits--while also keeping the trees standing.

A honey farmer prepares the tree for climbing

The company was launched in 2015 by WWF-Indonesia, the Frankfurt Zoological Society and The Orangutan Project to protect a large forest concession of land in Thirty Hills. A pulp and paper company had been trying to acquire and clear the concession for plantations, but ABT won the license to it as an “ecosystem restoration concession.” Now, the company is working with local communities there to create a sustainable business plan to create revenue from the intact forest, from everything from sialang honey and rubber to rugs, baskets, and other handicrafts made from rattan and bamboo.

Some of those communities, like Feri’s, live inside ABT’s concession. While they don’t legally own their land, they have deep roots in Thirty Hills. “We believe this forest is ancient, and that it is a family member of the Talang Mamak,” says Fahmi, the head of Feri’s village. ABT wants the indigenous communities to stay in the concession and prosper from its sustainable production model.

Other settlements, like the village of Suo Suo, lie just outside the concession’s boundaries. “We were already making these products before,” says Adnan, a 69-year-old Suo Suo resident, sitting cross-legged in one of the village houses as she works a new strand of bamboo into a woven basket. “But ABT can help us sell them to bigger markets so we can make more income.” 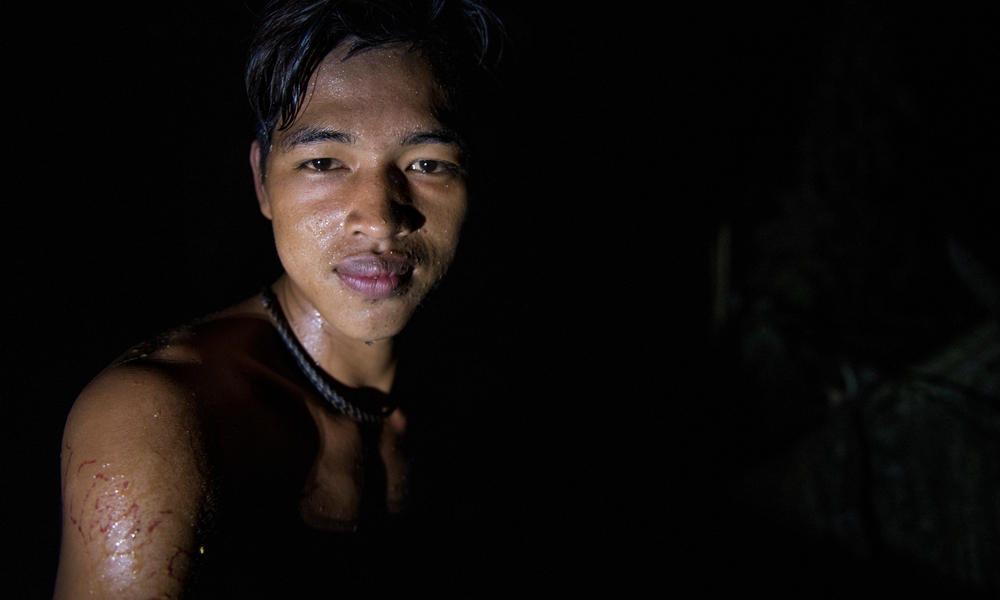 Eventually, the local communities partnering with the company will be invited to become shareholders in it--an uncommon move for a company in Sumatra. “These communities are used to being marginalized,” says Jan Vertefeuille, who leads wildlife conservation advocacy for WWF-US and helped realize the creation of the ABT concession. “Usually, if a pulp and paper or rubber or palm oil comes in, the local communities can’t tell them to leave because they don’t have land tenure.”

Not all of the villages in Thirty Hills are convinced yet that ABT is a company they can trust. But Anto, who lives in Feri’s village, says most of the people there have decided to give the partnership with the company a try.

“We initially rejected ABT because we weren’t aware of what it was and how it was supposed to help local people,” he says. “But now, 85% of the village supports it. We need a change, a good change. We need to improve our livelihoods. Having a partnership with ABT can help us have a better life.”