US government releases a new plan to protect polar bears 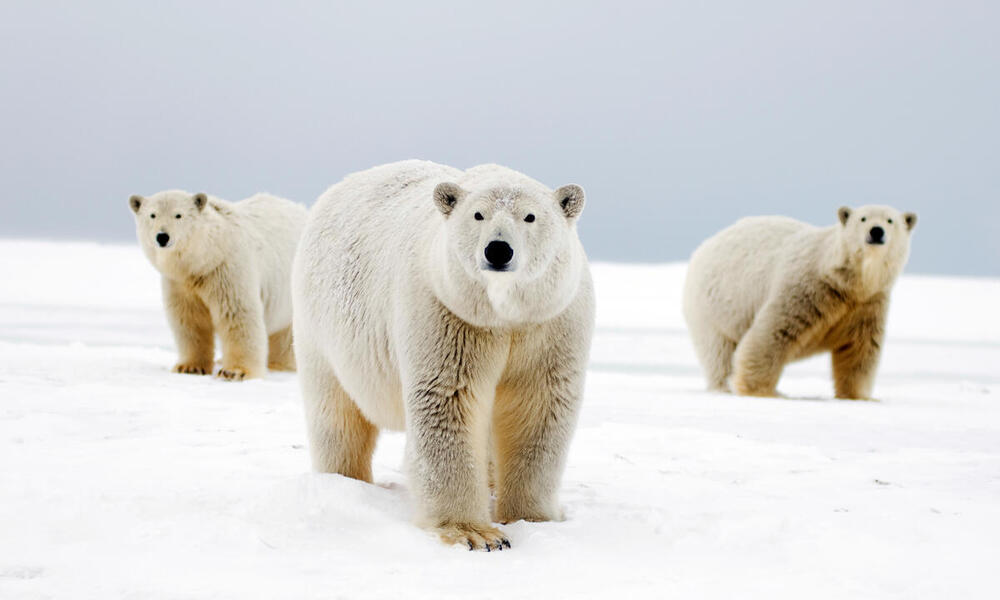 The US government released a plan that could save the Arctic’s most iconic creature: the polar bear. The Polar Bear Conservation Management Plan, which focuses on actions for the two US subpopulations in Alaska and was introduced by the US Fish & Wildlife Service (USFWS), stresses the importance of climate change mitigation in curbing the loss of the polar bear’s sea ice habitat.

Polar bears depend on sea ice for every aspect of existence: nourishment, rest, breeding, and movement. But as temperatures in the Arctic rise, sea ice becomes more and more scarce. The results are scarcity of prey, population fragmentation and human-wildlife conflict, all of which contribute to the decline of polar bear populations. The polar bear also plays a critical role in the health of the overall marine environment, and their absence would have damaging effects on the ecosystem.

The release of the plan comes on the heels of another great victory for the Arctic. In December, President Obama announced permanent protection for 115 million acres of federal waters in the Beaufort and Chukchi Seas.