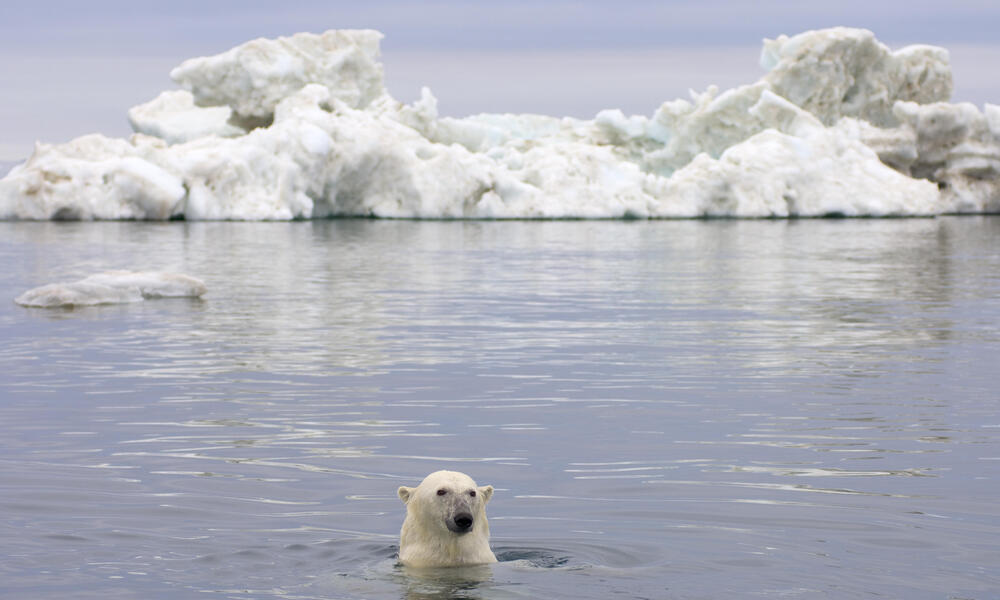 “We need to change course if we want to stop further habitat loss and ensure resilient wildlife populations, both in the Arctic and around the world.”

Forty percent. That’s the stunning population loss for polar bears in the southern Beaufort Sea. The news comes from a new study linking the dramatic decline in this polar bear subpopulation in northeast Alaska and Canada to a loss of sea ice due to climate change.

How does climate change affect polar bears so dramatically? Polar bears rely on sea ice to access the seals that are their primary source of food as well as to rest and breed. With less sea ice every year, polar bears and many other ice-dependent creatures are at risk.

Today’s study, published in Ecological Applications, analyzed data on polar bears in northeast Alaska and the Northwest Territories and documented a 40 percent population loss between 2001-2010 from 1,500 to 900 bears.

Climate change is the main threat facing polar bears. But we also know the effects are being seen around the world. Now is the time we must speak up and demand global action.

“This is a clear warning sign of the impact a warming Arctic has on ice-dependent species like the polar bear,” said Dr. Pete Ewins, WWF’s Senior Species Officer in Canada. “Given this subpopulation is at the edge of the range, it’s no surprise to see this happening so soon.”

Added Margaret Williams,  Managing Director of WWF’s Arctic Program, “Here are concrete numbers to show us that the impacts of climate change are happening now. We need to change course if we want to stop further habitat loss and ensure resilient wildlife populations, both in the Arctic and around the world.”